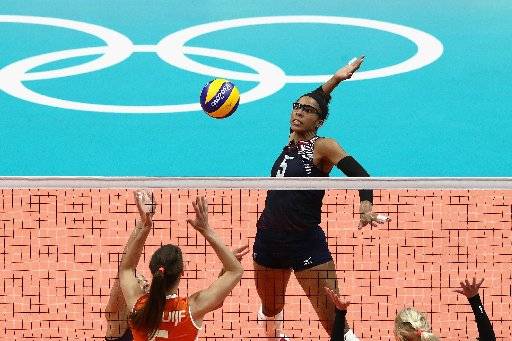 RIO DE JANEIRO, BRAZIL - AUGUST 08: Rachael Adams of United States plays a shot during the Women's Preliminary Pool B match between the Netherlands and the United States on Day 3 of the Rio 2016 Olympic Games at the Maracanazinho on August 8, 2016 in Rio de Janeiro, Brazil. (Photo by Cameron Spencer/Getty Images)

Adams had two kills, two blocks and two aces in the final.