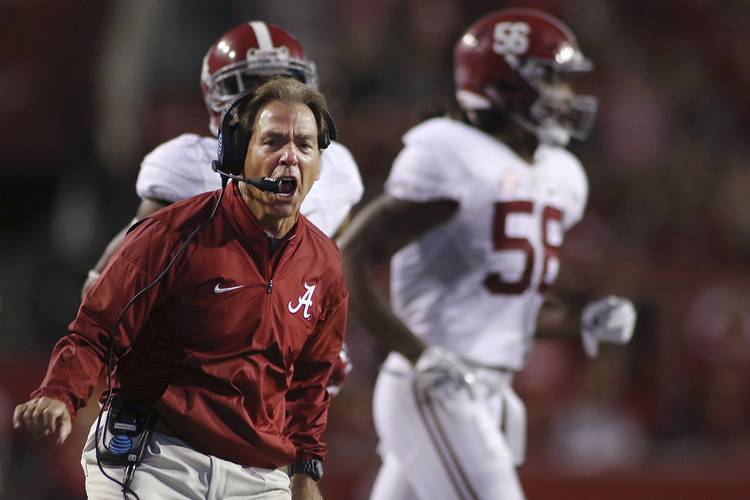 The top seven teams on my Associated Press Top 25 ballot survived on Shakeup Saturday. The rest weren’t so lucky as eight of the teams on my last week’s ballot fell, five of them to unranked teams.

Clemson survived Florida State in one terrific game that was definitely shaped by some controversial penalties. Just google Jimbo Fisher if you don’t believe me.

Texas A&M was a big beneficiary, climbing up to No. 6 on my vote. Moreover, the Aggies move into prime position for a College Football Playoff berth with the losses of the Big 12’s two unbeatens, Baylor and West Virginia, on the road. Plus, Boise State lost to Wyoming. I really think the Aggies have an excellent shot at getting a second SEC berth in the CFP, should the Huskies stumble.

Louisville still looms as well, ranked seventh on my ballot.

Newcomers include Oklahoma State at No. 18 and South Florida at No. 24.

No. 2 Texas volleyball loses first conference match in five sets to No. 6 Kansas