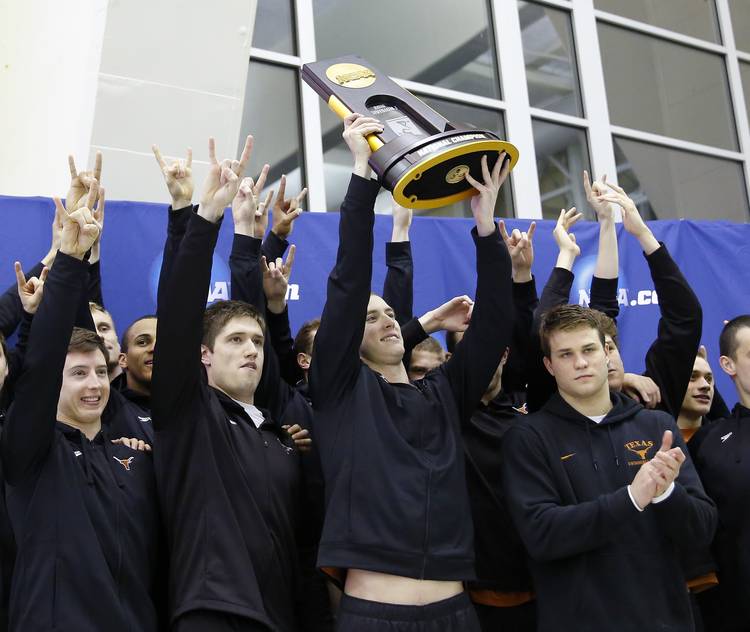 Mark Anderson won the 1-meter diving event Thursday on the first day of the Texas Diving Invitational at the Lee and Joe Jamail Texas Swimming Center.

Anderson scored 443.85 points as he led the competition from start to finish. His inward, two-and-a-half somersault in a tuck position earned him 82.15 points in the final round.

“I didn’t want to think about the final place. I wanted to dive how I had been training,” Anderson said. “I wanted to keep it in perspective and not think too far ahead.”

Jacob Cornish, another UT freshman, finished in fourth with 329.20 points.

For the women, freshman Alison Gibson won the 3-meter event, finishing with 355.20 points. It was her third victory of the fall. She took the lead after the second round and never relinquished it.

UT’s Meghan O’Brien took second place with 340.50 points. O’Brien held the lead after the first dive but fell behind Gibson, who consistently scored 60-plus points on her dives.

The invitational continues on Friday with the women’s 1-meter preliminary round starting at 11 a.m. The men’s 3-meter preliminaries start at 1:30 p.m. The women’s finals will air on Longhorn Network at 5 p.m. with the men’s event airing at 6:30 p.m.

Kevin Durant does not care about Drake Night

At The Buzzer: Texas 85, Eastern Washington 52