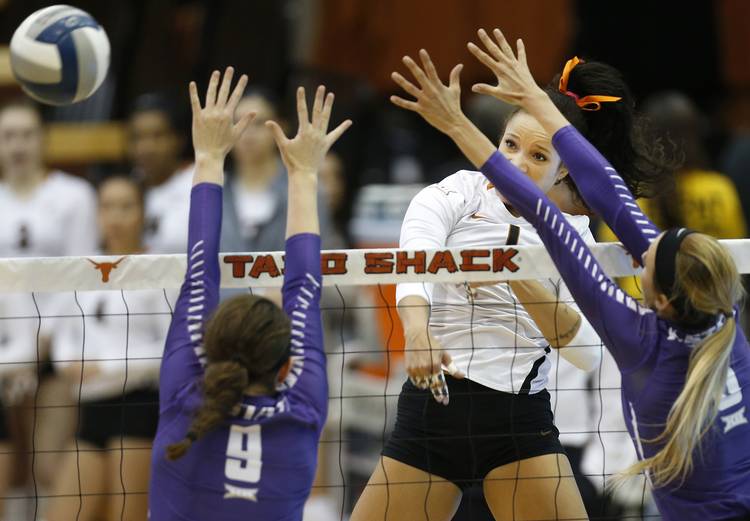 As she nears the end of her first regular season, Micaya White has made history.

On Monday, White was once again named the Big 12’s freshman of the week for the sport of volleyball. The redshirt freshman from Frisco is the first seven-time winner of this award, and the outside hitter broke a first-year standard that Nebraska’s Hannah Werth established in 2009.

In wins over Texas Tech and Kansas State this past week, White hit .349 with 25 kills and 16 digs.

Nwanebu, who leads the Big 12 in hitting percentage, is a two-time recipient of the conference’s offensive player of the week award.

WATCH: Texas football players on Charlie Strong’s future: ‘We want him to stay’