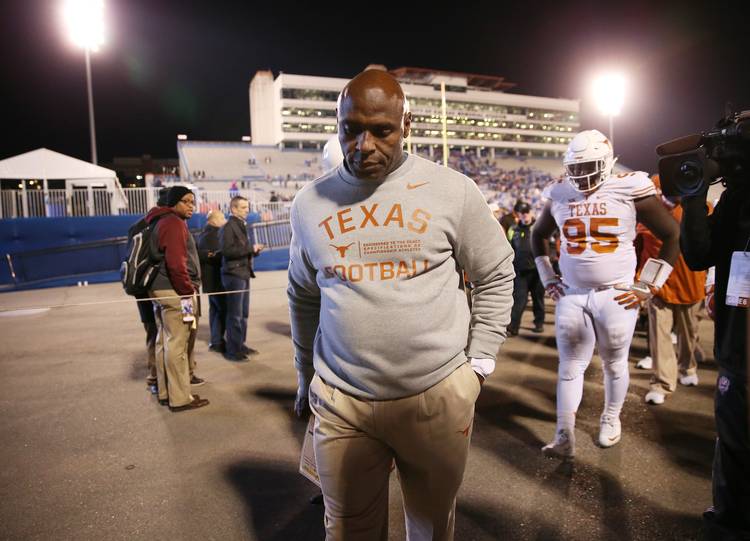 ESPN college football commentator Paul Finebaum said Monday that the University of Texas isn’t treating Charlie Strong fairly as speculation swirls about the coach’s future in Austin. Citing a high-ranking university source, the American-Statesman reported Sunday that university officials have decided to fire Strong, despite official statements that his job performance would be evaluated after Friday’s regular-season finale against TCU.

“You can’t help but feel badly for Charlie Strong,” Finebaum said on ESPN seconds after Strong finished his introductory remarks at Monday’s team news conference. “Do I think he should be let go? Yes. I don’t think he has done the job.

“But for the University of Texas administration to let that man stand out there without knowing for sure is one of the most shameful and disgraceful things I have seen in intercollegiate athletics. There’s no reason to do that. … To let him twist slowly in the wind is just unconscionable.”

WATCH: Charlie Strong says his job will be ‘evaluated’ at season’s end