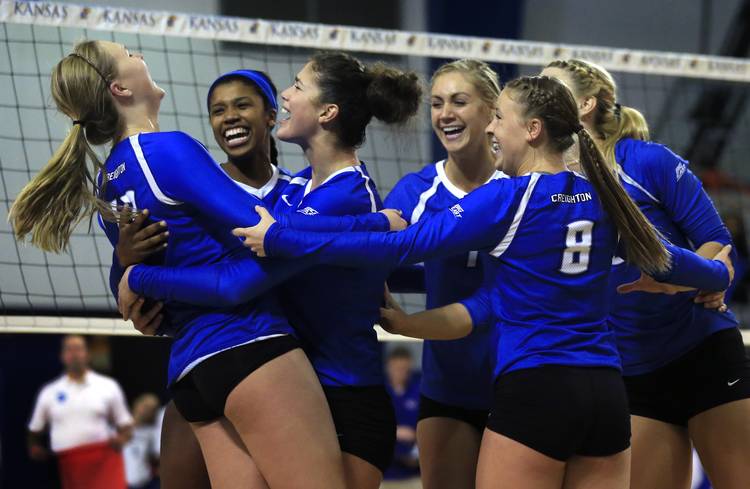 The Bluejays will face Texas, who defeated BYU earlier in the day, on Saturday at 7 p.m.

Jaali Winters had 21 kills while Taryn Kloth and Marysa Wilkinson added 16 apiece for Creighton. Lauren Smith had 15 kills and hit .522 to lead the Bluejays in hit percentage.

The Wolverines took the first game but Creighton fought back to extend its match-winning streak to 23. The victory marks another NCAA Tournament upset following their win over 5th-seeded Kansas on Dec. 2.

Michigan was led by Kelly Murphy who had 17 kills and 13 digs. Abby Cole chipped in 15 kills in the losing effort.

Saturday’s regional final will be the first for the Bluejays. Coverage will be carried on ESPNU.

Longhorns in the NBA: Through Dec. 8