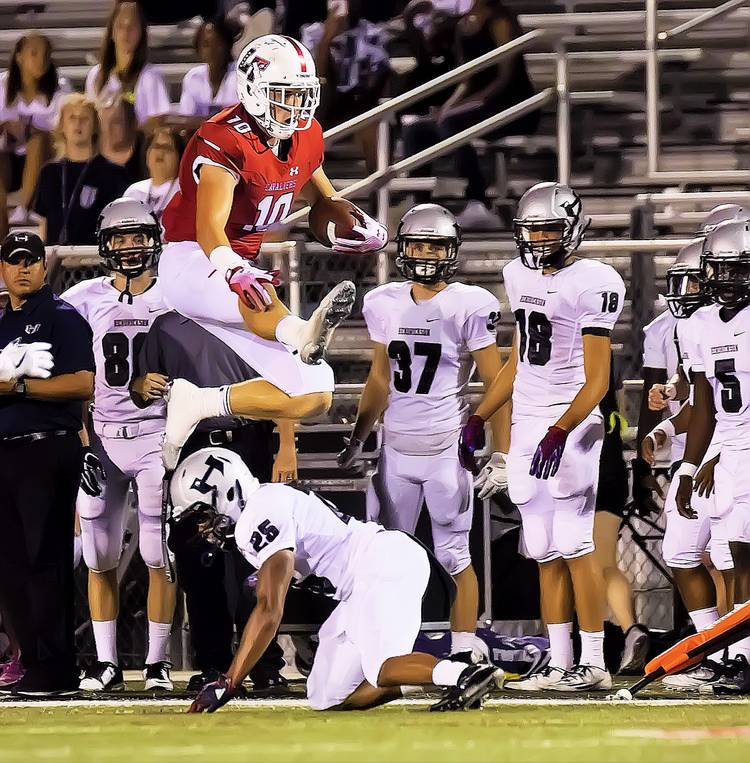 Lake Travis tight end Cade Brewer has made it official. Coming off a state championship last week at AT&T Stadium in Arlington, the Cavalier senior has decided to stay home for college.

Brewer, who had a big hand in helping Lake Travis claim the Class 6A DI state title this season, has made a verbal commitment to play for the University of Texas next season, coach Hank Carter confirmed on Friday.

Brewer led Lake Travis in receptions (62) and touchdowns (13) as a senior. He was credited with 813 yards on those receptions.

Earlier this month his father, Bob Brewer, said his son had received offers from 16-18 NCAA Division I football teams. Baylor offered him after the Cavaliers beat The Woodlands 41-13 on Saturday.

Cade Brewer was a key figure in Saturday’s victory, catching five passes from Charlie Brewer for 72 yards and a touchdown.

This marked the fifth time in Lake Travis had won state in football in 10 years. The previous five (2007-11) were as a Class 4A school.