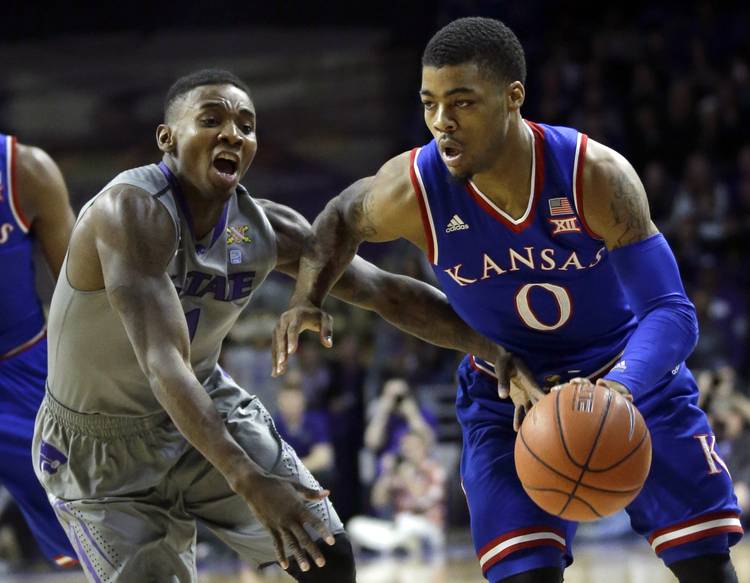 Texas basketball is regrouping after Jonhathan Motley’s dominating 32 point, 20 rebound masterpiece on Tuesday, and its’ not going to get easier on Saturday according to CBS Sports.

The No.2-ranked Jayhawks (17-1, 6-0)  have won 17 straight games, are undefeated in Big 12 play and have the longest home court winning streak in the nation. And their best player was just ranked No.1 on CBS’ Player of the Year rankings.

Reporter Gary Parrish put Kansas senior guard Frank Mason No. 1 on his list, unseating Villanova junior guard Josh Hart. Mason is 42-of-78 from 3-point range in Big 12 play (61.5 percent) and is averaging 20.3 points per game, 4.5 rebounds and 5.3 assists. In Big 12 play, Mason is averaging 21.5 points, 4.2 assists and 4.2 rebounds. He also leads the league in minutes played.

Here’s a blurb from Parrish:

Not bad for a former three-star prospect who was the least-heralded player in the six-player recruiting class that enrolled at Kansas in advance of the 2013-14 season.

In two games last season against Texas, Mason scored 13 and 14 points against the Longhorns as Kansas won both games.

Longhorns selected as Big 12 swimmers and diver of the week

Countdown to Signing Day: 5 highest-rated recruits to transfer from Texas