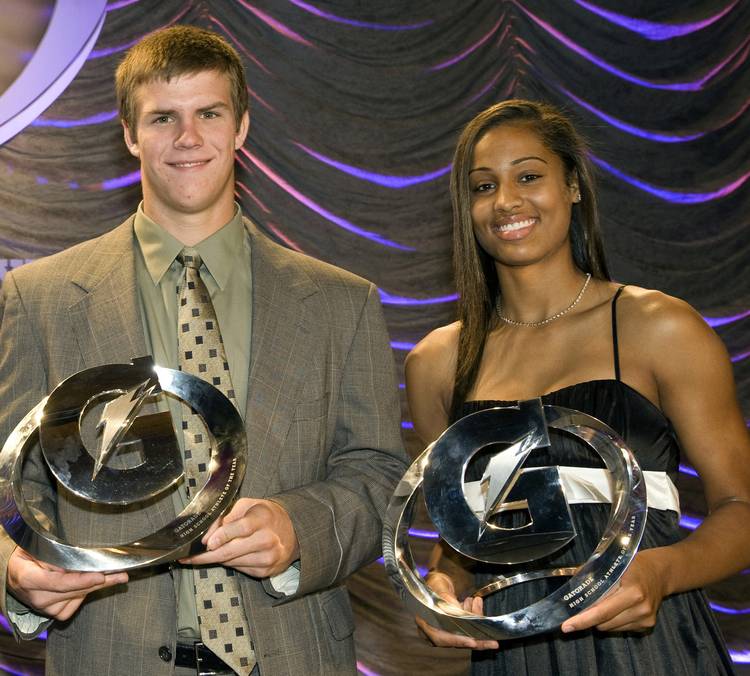 ORG XMIT: CASG101 In this photo released by Gatorade, Garrett Gilbert, left, and Skylar Diggins display their trophies after they were honored as national high school athletes of the year on Wednesday, July 15, 2009 in Los Angeles. (AP Photo/Gatorade, Susan Goldman)

On Wednesday, Texas fans rejoiced as Lexi Sun was named the Gatorade National Volleyball Player of the Year for the 2016-17 school year.

Sun has signed with Texas, and the California native will soon become the first Longhorn volleyball player with the Gatorade award on her resume. Gatorade annually honors the top high school standouts in a myriad of sports that range from girls cross-country to football.

Gatorade began recognizing athletic achievements during the 1985-86 school year. Since then, 10 future Longhorns have been honored by the company.

WATCH: What’s the most important trait for Tom Herman to have in the recruiting process?