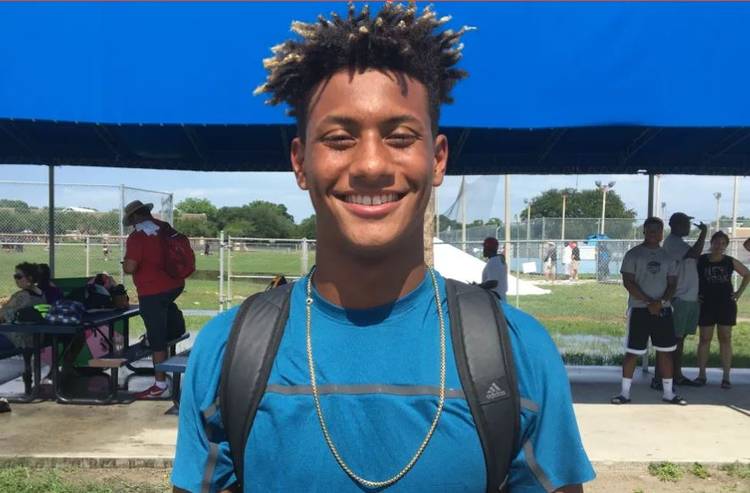 With a wide receiver slot open in his 2017 class, Texas coach Tom Herman may get a commitment from his fourth out-of-state athlete on Wednesday.

This weekend, the 6-2 wide receiver placed Texas in his Final 4:

Pouncey made an official visit to the 40 Acres on Jan. 20 and was impressed by Herman’s intensity.

“Coach Herman is so high energy it isn’t even funny, he told Hookem.com’s Mike Craven. “On my official visit they brought us all to Dave and Buster’s and Herman was playing someone in the free throw game. Coach Herman won, and all of a sudden he was banging on tables and started yelling.”

The Winter Park athlete also was a huge fan of Longhorn legend Vince Young as a kid when he played quarterback. He will announce his school decision at 12:15 CST on Wednesday.