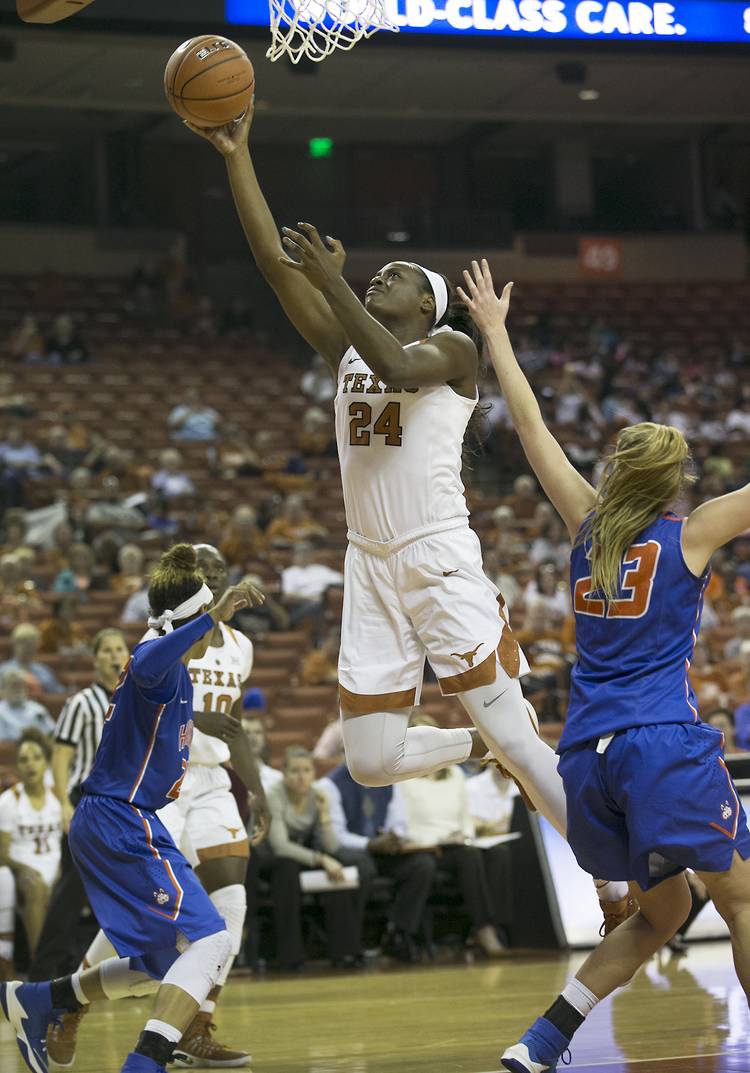 Longhorn forward Joyner Holmes, a key player in the basketball team’s 14-game winning streak, has been named Big 12 Player of the Week.

This marks the second straight week the 6-3 Longhorns from Cedar Hill has earned the award.

In the win at TCU, scored 15 points and brought down a game-high 14 rebounds. She also blocked two shots in 31 minutes of action and shot 50 percent from the field. It marked her third consecutive double-double.

Holmes added 10 points with eight in the second half along with seven rebounds against WVU in 19 minutes of play.

UT’s next game will be Wednesday at Oklahoma State.