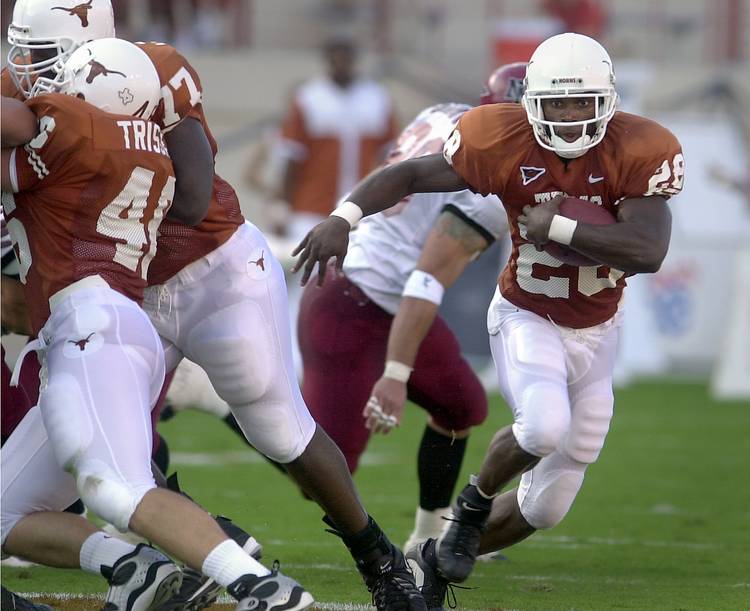 On the eve of Tom Herman’s first signing class at Texas, we re-visit what the staff wrote about Mack Brown’s first class of 18 recruits in 1998.

Then beat writer Suzanne Halliburton recapped Brown’s first class and how he and his coaching staff were able to sign a top-notch class despite being on the job for two months. The Mack Brown era started with a class that national recruiting services at the time rated anywhere between 10th to 15th in the nation, just behind Nebraska’s 1998 class for tops in the Big 12.

Texas landed 11 members of the Statesman’s 1998 Fab 55, including the top two in the state. All 18 members were from Texas.

“This is by far the best speed class that Texas has had this decade,” raved Bobby Burton, then editor of the National Recruiting Advisor.

Below is the story she put together on that day:

It was only two months ago that Mack Brown was hired at the University of Texas, although he conceded on Wednesday that his time in Austin seemed more like eight years. It took the Longhorns’ new head football coach most of December to put together a staff and much of the month to perform quick evaluations on the high school talent he needed to sign.

He knew that the majority of the coaches in Division I had at least a nine-month recruiting jump on him. So Brown wasn’t that optimistic he could sign a top-notch recruiting class, much less one the rest of the Big 12 Conference would envy.

But on a weekend in mid-January, when recruits who once seemed destined for Texas A&M or Colorado were committing to UT by the handful, Brown thought everything might turn out OK.

“I was surprised, ” Brown said Wednesday afternoon, hours after he secured binding, national letters of intent from 18 high school seniors. “I thought `Whew, this might be better than I thought it could be.’ ”

So good, in fact, that this class rivals the group put together by national champion Nebraska as the best in the Big 12. UT and Nebraska both went through coaching changes, although the transition from Tom Osborne to former Nebraska assistant Frank Solich wasn’t as abrupt as the change from John Mackovic to Brown.

Bobby Burton, editor of the National Recruiting Advisor, said the Cornhuskers edged the Longhorns because they filled the most needs.

“Nebraska had two glaring needs, running back and defensive line,” Burton said. “They got four running backs and five defensive linemen. They filled those needs unbelievably well, with some of the best players in the country.”

CNN/SI, the only major recruiting service to issue a complete top 25 poll on Wednesday, ranked UT 11th and Nebraska 12th. Colorado was 18th with Oklahoma, Baylor and Texas A&M rounding out the top 25.

Texas was the overwhelming winner in the state. The Longhorns landed 11 members of the Austin American-Statesman’s Fabulous 55, which ranks prospects regardless of position. UT secured national letters from the list’s top two players — Waxahachie offensive lineman Antwan Kirk-Hughes and Dallas Skyline wide receiver Montrell Flowers — and from six of the list’s top 20.

Texas A&M finished second to UT with seven signees and one from the top 10 in Beaumont West Brook quarterback Chip Ambres (No. 4). The remaining seven of the top 10 will play for out-of-state schools.

Brown’s class filled needs, especially at linebacker and wide receiver. The Longhorns also landed a group of speedsters, led by Flowers and Bowie running back Victor Ike, the top two returning sprinters in the state. Both have times of 4.3 seconds in the 40-yard dash. In addition, Flowers’ time of 9.97 seconds in the 100 meters was the fastest in the country posted by a high school athlete last year.

Bay City quarterback Beau Trahan, who runs a 4.4 in the 40, finished second in the Class 4A state meet last spring in the 110- and 300-meter hurdles, while Denision running back Chris Robertson finished sixth in the same 300-meter race.

There also is speed on defense, with the nine defensive recruits all posting sub 4.6s in the 40.

“You have to look at the speed factor with this class, ” Burton said. “And not just at Montrell Flowers and Victor Ike, but at defensive guys like Everick Rawls, Jermain Anderson, Jamal Joyner and Lee Jackson. Those guys can really run. This is by far the best speed class that Texas has had this decade.”

Brown said he will try to play all 18 this fall rather than redshirting them as a group. Flowers and Ike should be able to see playing time on offense and special teams. Expect to see defensive backs Jackson and Joyner and linebackers Rawls and Anderson compete for significant playing time as well.

Brown’s class has some flaws. He signed no defensive linemen, although he almost landed the best two in the state in Sugar Land Dulles’ Sean Phillips and Waco’s Kevin Emanuel, only to finish second to UCLA and Florida State. UT lost its lone punter in junior college transfer Deone Horinek, who left Austin last month within a week of arriving. And there is only one cornerback, Texas City’s Ervis Hill, who was his team’s quarterback.

Brown’s class also is noteworthy in that all 18 played their high school football in Texas, making it the first group of home-grown Longhorns since the final class (1991) of David McWilliams, a native Texan. McWilliams had been criticized for not looking outside of Texas, while Mackovic recruited heavily in California, with his best players primarily from out of state.

Brown tried to recruit outside of Texas, with two Californians and three prospects from the same high school in Denver making trips to Austin. Three of the recruits were offered scholarhips. Running back DeShaun Foster of Tustin, Calif., announced on Wednesday that he would sign with UCLA rather than Texas.

Brown said he hopes to make UT the “neat” school for Texas prospects. He made inroads this recruiting season, but 30 members of the Fab 55 signed with out-of-state programs such as Florida State, Tennessee and Notre Dame.