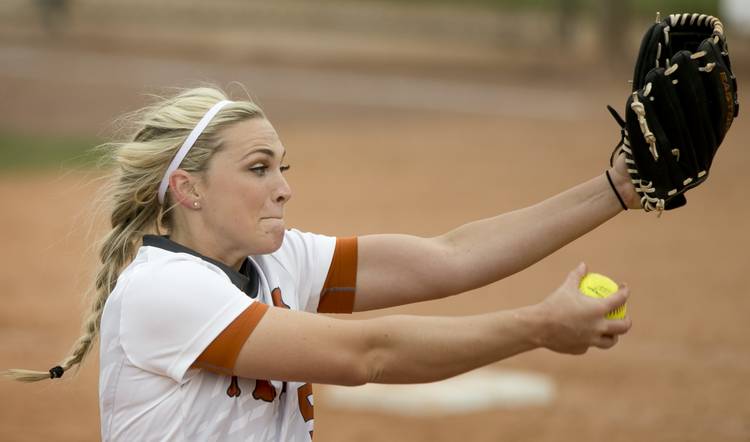 The Texas Longhorns improved to 2-2 as they defeated Maryland 10-2 in their second game at the Texas Classic on Saturday.

Texas scored multiple runs in each of the second, third and fourth innings to earn a run-rule victory in six innings.

Celina Felix and Kaitlyn Slack each had an RBI.

Kristen Clark (1-0) earned the win for Texas as she allowed two runs on three hits while striking out six through four innings. Erica Wright pitched in relief and didn’t give up a hit or a walk in two innings.

Alcozer singled to score two runs in the bottom of the second to get the Longhorns rolling.

A sacrifice fly by Ellsworth scored Tunning in the third. Slack followed with an RBI triple. An error allowed Slack to score to cap the three-run third inning.

Tunning broke the game open with a three-run homer in the fourth inning. Ellsworth hit an RBI single later in the inning to make it 9-2.

The Texas Classic concludes Sunday with the Longhorns facing Colorado St. at 12:30 p.m.