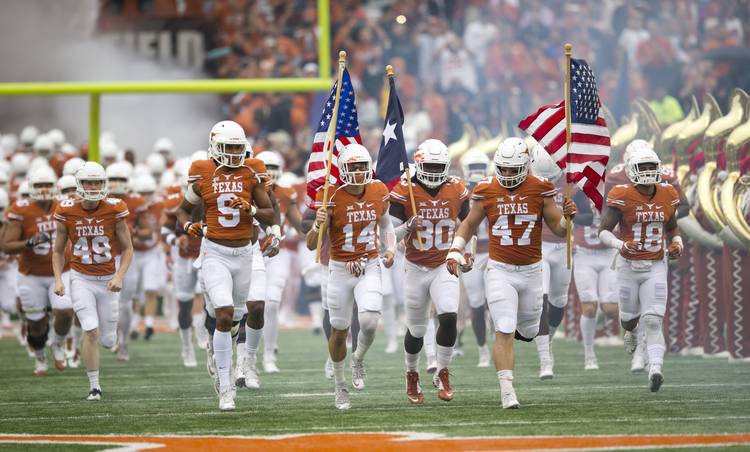 The Longhorns take the field for the game against TCU at Royal-Memorial Stadium on Friday November 25, 2016. JAY JANNER / AMERICAN-STATESMAN

Need a little extra juice to get through the dog days of the college football offseason? Luckily, Texas has been putting out enough hype videos to power the Erwin Center signboards.

March 1: “The work is just the beginning.”

The work is just beginning! @TexasFootball starts spring practice on March 7 and the Orange-White Spring Game is on April 15 #ThisIsTexas 🤘🏼 pic.twitter.com/mycrVC6HBq