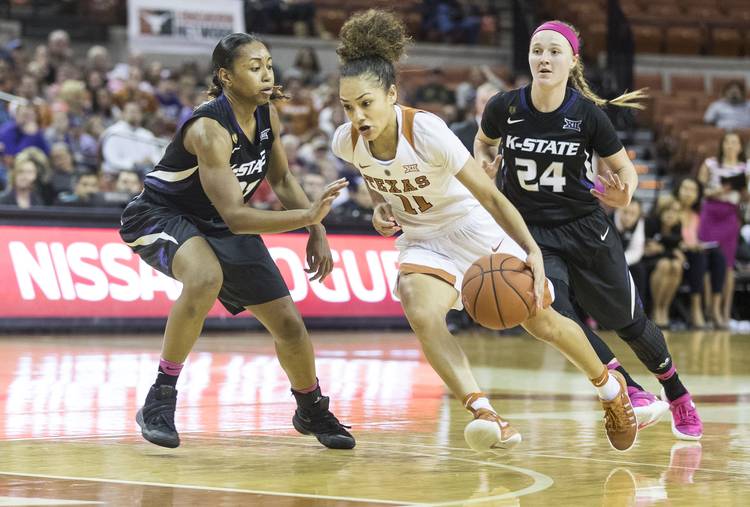 Texas Brooke McCarty drives the ball against Kansas State Karyla Middlebrook in the fouth quarter of the game on Saturday, Feb. 4 2017 at the Frank Erwin Center. RICARDO B. BRAZZIELL/AMERICAN-STATESMAN

Brooke McCarty has been named Player of the Year in the Big 12, the first Longhorn to receive the award since the conference opened in 1996.

The junior point guard has established herself as one of the best all-around players in the nation. This season she leads the Longhorns with an average of 14.1 points per game.

Also, Brianna Taylor was named Big 12 Defensive Player of the Year, Karen Aston is Coach of the Year and Joyner Holmes Freshman of the Year.

The team voted upon by league coaches. They were not allowed to vote for players from their own teams.

Tevin Mack thanks Longhorns fans, excited for ‘a fresh start’