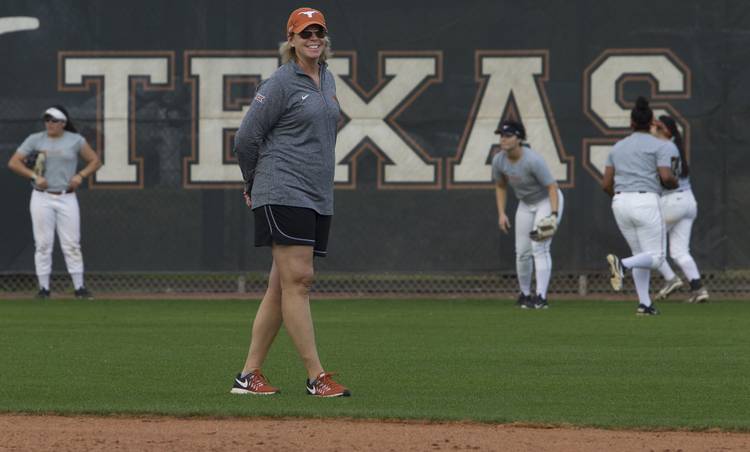 The Texas Longhorns softball team trailed by a run with two runners on base in the bottom of the seventh, but Randi Rupp struck out Devon Tunning to give the Texas State Bobcats a 2-1 win at McCombs Field on Wednesday night.

Rupp (7-1) allowed just one run on five hits while striking out six batters through seven innings.

Ariel Ortiz went 2 for 3 with a run scored, a home run and two runs batted in. Her first-inning home run off Tiarra Davis (2-3) was all the offense the Bobcats needed to take the win. Davis was hit with the loss, allowing two runs on just four hits while walking seven batters. She had five strikeouts through seven innings.

Tunning and Stephanie Wong each had two hits for Texas as the Longhorns struggled offensively. Tunning was 2 for 4 with a double while Wong was 2 for 3 with a run scored. Celina Felix was 1 for 3 in the game.

The lone run for the Longhorns came in the bottom of the first on an illegal pitch by Rupp. Mickenzi Krpec was batting with runners on second and third base.

Texas nearly tied the game in the bottom of the sixth, but Tunning was cut down on a throw home by Bobcat third baseman Corrina Liscano.

Texas State left fielder Kimberlin Naivar made a catch that saved at least one run one batter later.