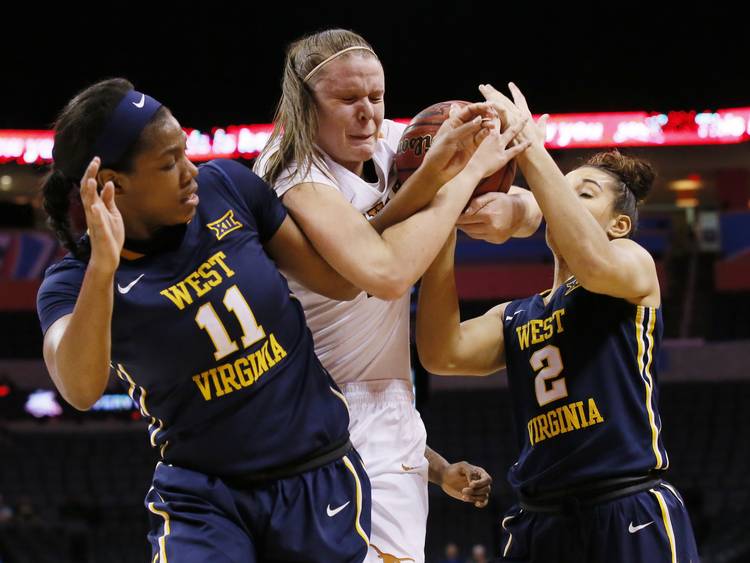 Texas (23-8) had a chance to tie the game in the waning seconds but Brooke McCarty’s three-pointer from the right corner rattled off the rim. McCarty led the Longhorns with 13 points.

West Virginia turned an 10-point deficit in a 31-26 lead at halftime. Second-seeded Texas scored a total of 5 points in the pivitol second quarter.

It was a collective meltdown for the Longhorns, who shot 28 percent in the half.  Joyner Holmes, Freshman of the Year in the Big 12, was nearly invisible, going scoreless while committing 3 fouls.

Martin scored 14 points in the first half to energize the sixth-seeded Mountaineers.

Holmes, though, redeemed herself late in the third quarter, scoring 5 points to help the Longhorns regain the lead, 44-42, heading to the fourth quarter.

Baylor punched its ticket to the conference tournament championship by defeating Kansas State 88-71 behind 24 points from senior forward Nina Davis.