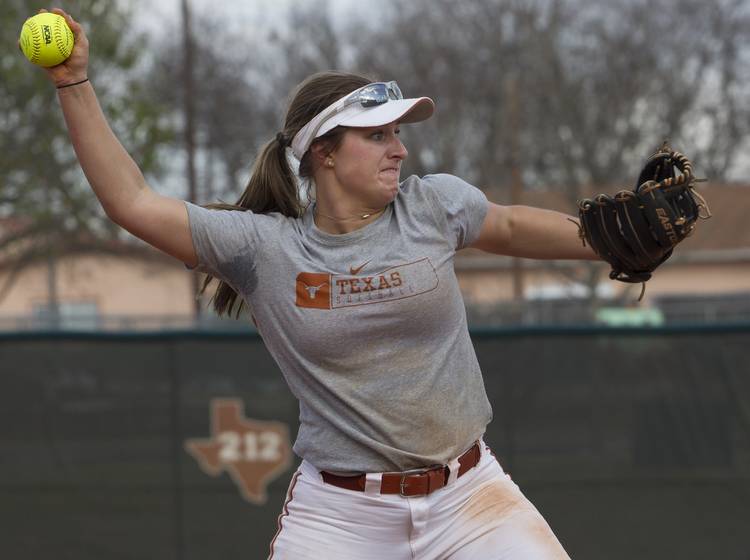 Texas' Mickenzi Krpec hit a two-run homer in the Longhorns' loss to Arizona on Sunday. (Stephen Spillman / for AMERICAN-STATESMAN)

Mickenzi Krpec hit a towering two-run homer in the first inning, but it wasn’t enough as the Texas softball team lost 4-2 to No. 6 Arizona on Sunday at Tucson, Ariz.

The loss was the sixth in a row for Texas (11-9) and completed a three-game sweep for the Wildcats (18-1). Texas will try to end the streak at home against UT-San Antonio on Wednesday.

Krpec’s homer, her second of the season, followed a double by Devon Tunning, but those were the only extra-base hits for the Longhorns, who were limited to five hits by Arizona pitcher Danielle O’Toole (10-1).

Tiarra Davis (2-5) took the loss for Texas, lasting a third of an inning. Brooke Bolinger pitched 5 2/3 innings of relief and gave up just one unearned run.

Texas outhit Arizona 5-3 as Tunning went 2 for 4 and Krpec, Kaitlyn Slack and Stephanie Wong each had a hit.

Ex-Longhorn to coach a high school volleyball team in Kansas