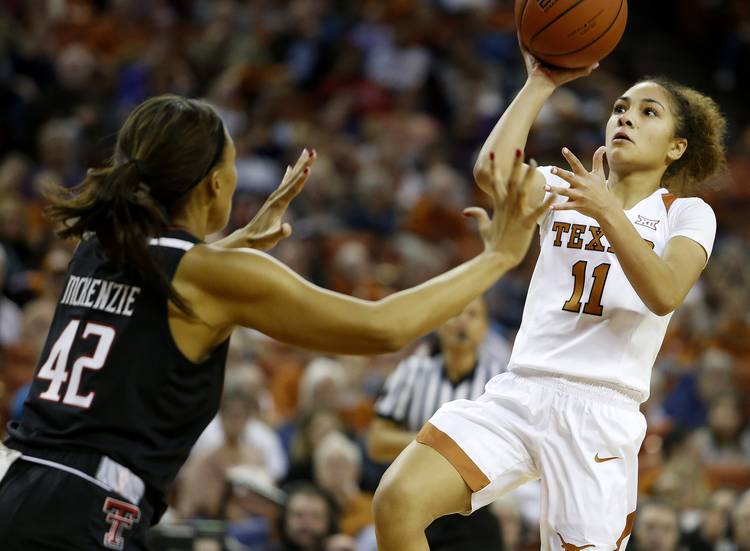 Junior guard Brooke McCarty has been named an honorable pick on the All-America team by the Associated Press, it was announced Monday.

For McCarty, the 2017 Big 12 Conference Player of the Year, it marks the first All-America honors of her career at Texas.

McCarty led her team and ranked ninth in the Big 12 in scoring with 14.1 points per game. She was the Big 12 Conference leader in three-point field-goal percentage at .430 (77-of-179), ranked second in assist-to-turnover ratio at 2.2 and was eighth in the league in assists per game with 3.6.