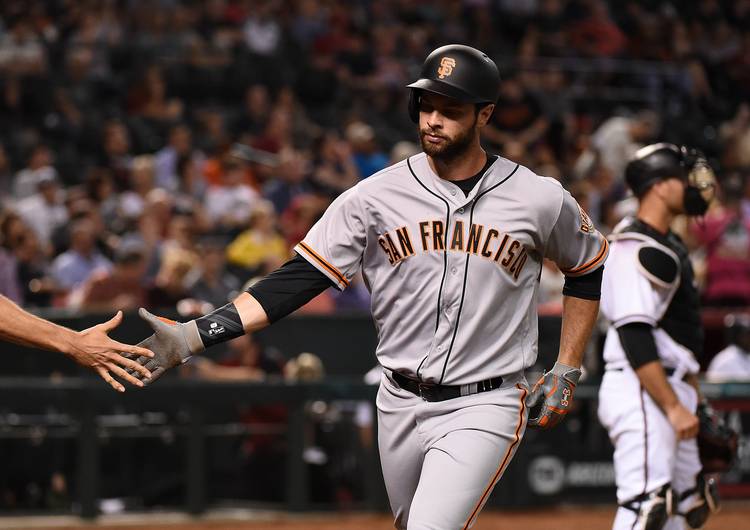 PHOENIX, AZ - APRIL 05: Brandon Belt #9 of the San Francisco Giants celebrates with teammate Hunter Pence #8 after hitting a home run off of Taijuan Walker #99 of the Arizona Diamondbacks during the fifth inning at Chase Field on April 5, 2017 in Phoenix, Arizona. (Photo by Norm Hall/Getty Images)

Several former Longhorns had a disappointing start to the Major League Baseball season while others fared better.

San Francisco’s Brandon Belt and Milwaukee’s Corey Knebel both had solid starts to the season. Belt hit 3 home runs, including a grand slam, and had 7 RBI to open up the season. Knebel pitched 3.2 innings of scoreless baseball out of the bullpen for the Brewers.

Meanwhile, two others are on the DL and one got demoted.

Lee Corso on Big 12: ‘… I wouldn’t be surprised if Texas and Oklahoma leave 4-5 years from now’

We’re not sure it’s the No. 1 rule, but Tom Herman really wants guys to stay hydrated