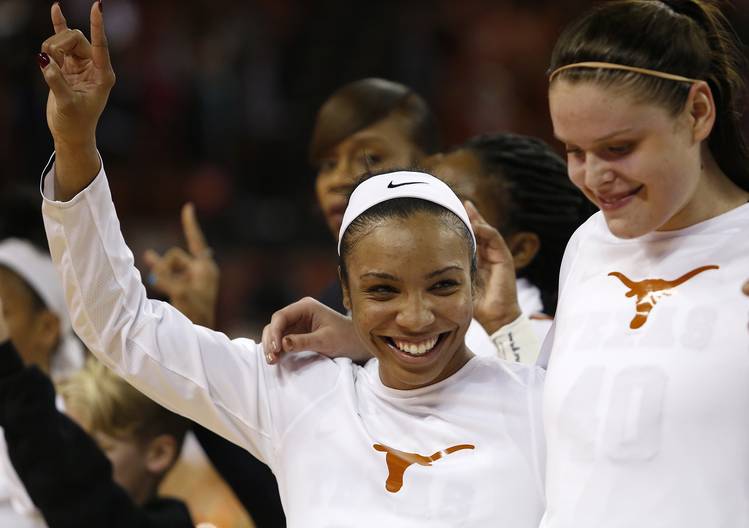 Among those who will be monitoring the WNBA draft on Thursday night is Kelsey Lang, who just completed her eligibility at the University of Texas.

The draft will begin at 6 p.m. in Chicago.

Lang hopes to follow former teammate Imani Boyette, who was drafted by the Chicago Sky in the first round last spring.

Lang, a 6-5 senior post, helped lead the Longhorns to the NCAA playoffs during all four of her seasons at Texas.

The San Antonio Stars own the first pick of the draft and are expected to choose Washington guard Kelsey Plum, the NCAA career scoring leader who averaged 31.7 points per game as a senior.

Here is how ESPN projects the first round to go: http://www.espn.com/wnba/story/_/id/19143499/mock-draft-predicting-wnba-draft-first-round