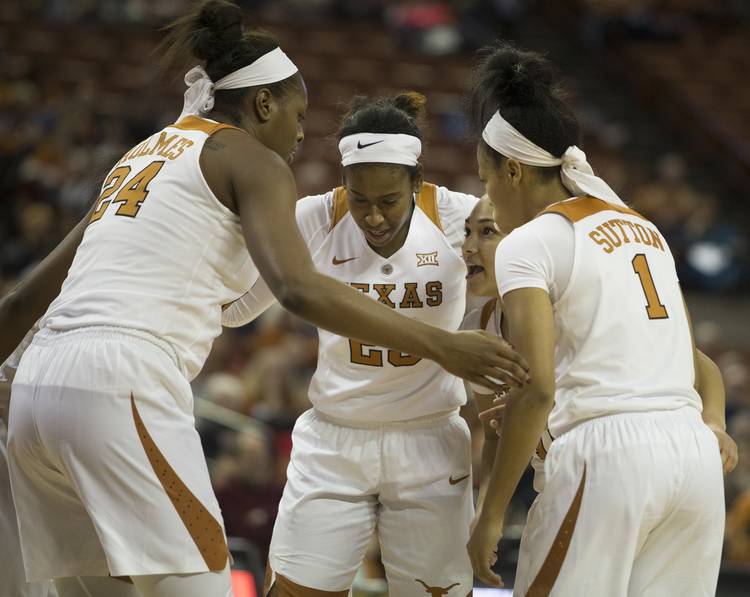 In the opinion of one publication, the Texas women’s basketball team continues to get closer to its goal of reaching the Final Four.

According to ESPN bracketologist Charlie Creme, the Longhorns experienced backcourt of Brooke McCarty and Ariel Atkins and the development of Big 12 Freshman of the Year Joyner Holmes as the primary reasons for the No. 4 ranking of the Longhorns. He could have noted that the Longhorns will bank on a pair of freshmen who were named to the McDonald’s All-America team — Rellah Booth of Ocala, Fla., and Chasity Patterson of Houston.

Karen Aston will be entering her sixth season as head coach of the Longhorns. They will be without two graduating seniors who were instrumental in UT’s recent rise as a basketball contender.