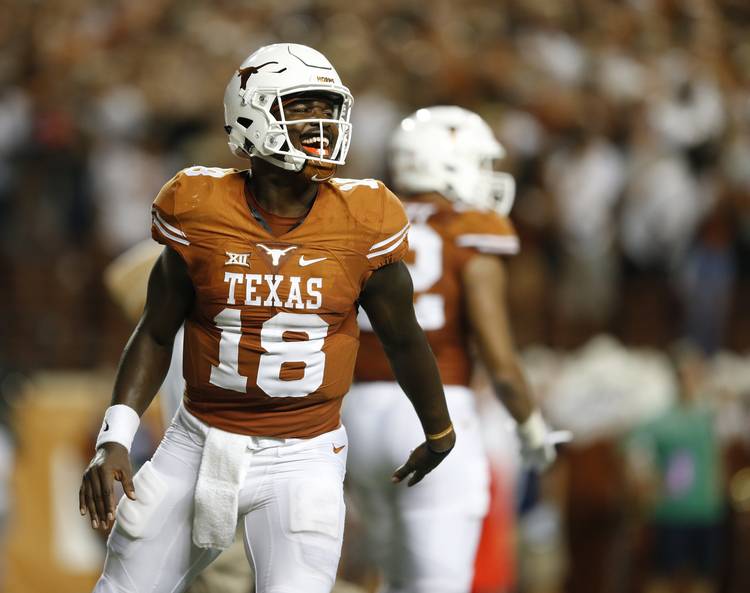 The 18-Wheeler is heading west.

After being bypassed in the NFL Draft, Texas senior Tyrone Swoopes confirmed to the American-Statesman on Saturday that he has signed with Seattle as an undrafted free agent. A four-year contributor at quarterback for the Longhorns, Swoopes will join the Seahawks as a tight end.

Swoopes was a four-star recruit when he signed with Texas in 2013, and he completed 281 of his 499 passes at Texas. His 3,038 passing yards rank 13th in the school’s record books. Freshman Shane Buechele beat out Swoopes for the starting job ahead of the 2016 season, but Swoopes still earned playing time as the headliner in Texas’ run-first “18-Wheeler” package.

In 41 career games, Swoopes ran for 24 touchdowns and threw for 17 scores. He did not catch a single pass.

After the season, Swoopes decided to switch positions in an attempt to catch the attention of NFL scouts. The 6-4, 249-pound Swoopes put up an impressive performance at Texas’ Pro Day on March 28, but he was not among the 14 tight ends drafted this week. He will get a chance to catch on with the Seahawks, who have five tight ends on their roster. (Three of those tight ends have less than five career catches).