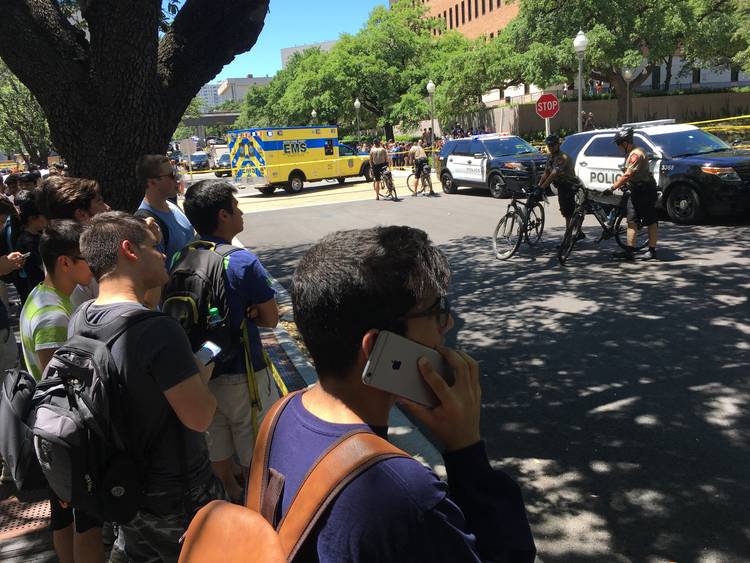 Students wait outside the scene where someone was fatally stabbed and others injured on the Univeristy of Texas campus Monday May, 1, 2017. Tamir Kalifa/AMERICAN-STATESMAN

One person is dead and three others have been taken to the hospital after a reported stabbing attack on the University of Texas campus Monday afternoon, according to Austin-Travis County EMS.

University police said they have a suspect in custody and that the public is not in any immediate threat. Officials are asking the public to avoid the area near 21st Street and Speedway.

Around 1:46 p.m. emergency officials first responded to the stabbing near Gregory Gym at 2101 Speedway.