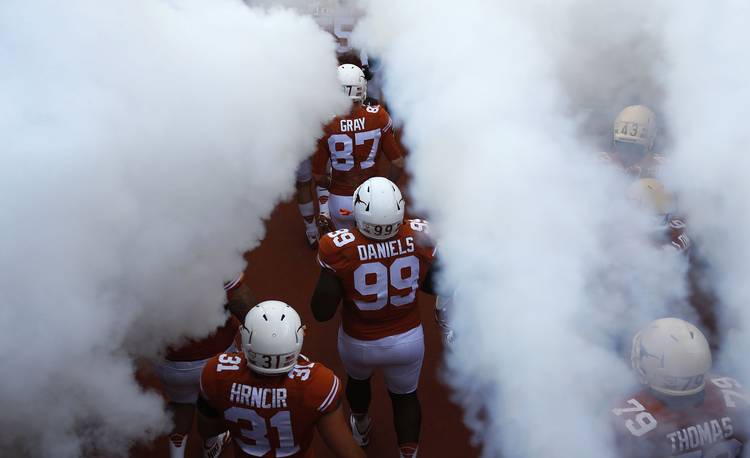 Let’s use Texas’ roster, history and scouting reports to countdown to the start of the 2017 football season. Today, we are only 99 days away from Texas’ home game against Maryland.

Which Longhorn wears No. 99? Freshman DT Chris Daniels. A four-star recruit out of Euless Trinity, Daniels redshirted in 2016. The 6-3, 330-pound Daniels didn’t register any statistics in Texas’ spring game, but more playing time could be available following the recent departures of defensive tackles Jordan Elliott and Marcel Southall.