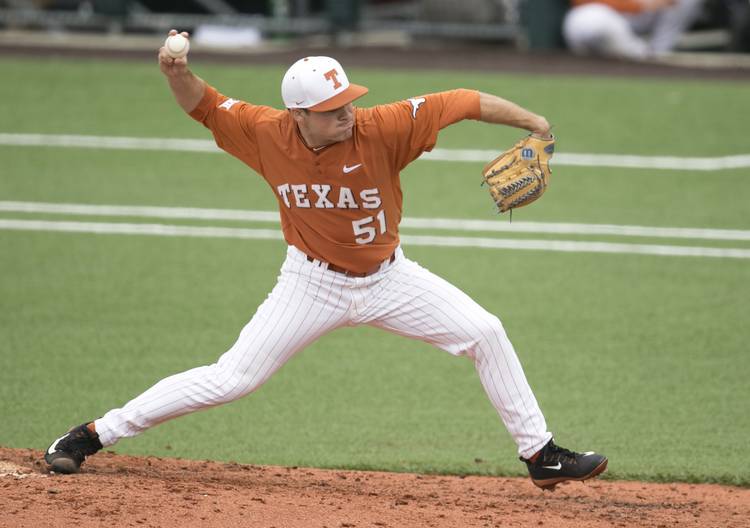 On Texas’ chances in the NCAA baseball regional:

The Texas Longhorns have a great chance to win out West.

The NCAA has historically tried to save a few bucks when determining the seeds for the postseason baseball tournament, so color many of us surprised that they threw us a curveball by sending the Longhorns to the Long Beach Regional in California. I believed Texas would end up in the Houston Regional as a No. 2 seed but the selection committee sent Baylor instead.

David Pierce’s Horns are playing the role of interloper but match up favorably in a regional that includes Cali schools Long Beach, UCLA and San Diego State. Texas’ offensive ups and downs have been discussed at length all season, but the Horns won’t be overmatched in any area over the weekend.

Of note, Texas is 19-8 against the regional field all-time: 7-4 against opening opponent UCLA, 6-4 against Long Beach State and 6-0 against San Diego State.