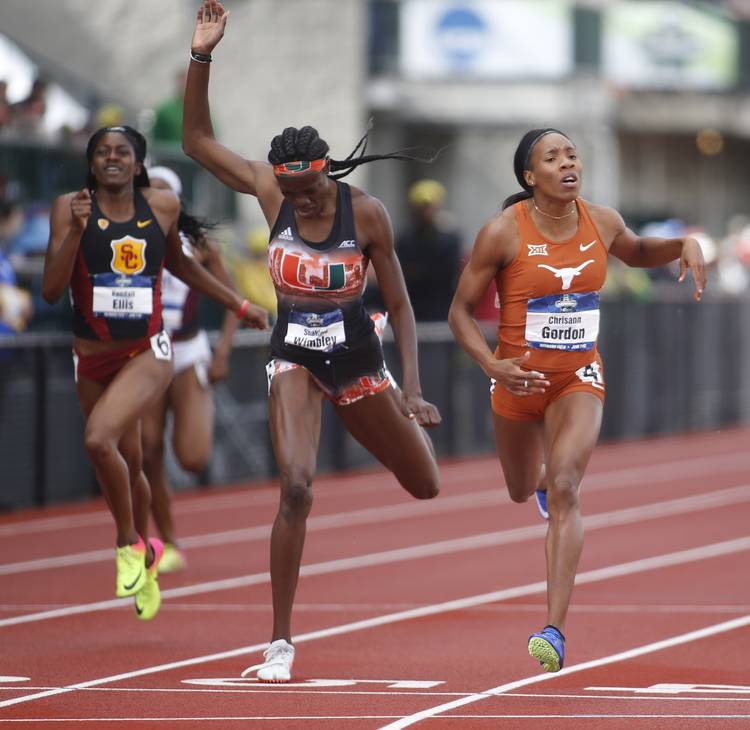 Chrisann Gordon locked up her first individual national championship as she won the women’s 400 meters at the NCAA Championships in Eugene, Ore. Saturday night.

Gordon finished the race in 50.51 seconds to capture the Longhorns’ third title in the 400 in four years. It was the seventh championship in the event for Texas in program history. That’s the most titles in the event in college athletics.

The senior’s win, along with four UT top-5 finishes, helped the women clinch their fourth straight top-10 team finish at the NCAA Championships. Texas scored 32 points as a team to tie for seventh place. Oregon won the team title with 64 points while Georgia took second with 62.2.

“It means a lot to me,” said Gordon in a UT press release. “I want when they talk about Texas and the 400, that they mention Chrisann Gordon’s name. It feels really good to be in the same league as Sanya Richards and Courtney Okolo.”

Gordon will now focus on making the Jamaican national team so she can compete at the IAAF World Championships during the summer.

“You talk about tradition at The University of Texas with all the quarter-milers and she just duplicated great performances with what she did in the prelim to get her first NCAA title,” head coach Mario Sategna said. “Those are some great things as she now concludes this chapter of her time at Texas. I know she’s going to represent The University of Texas and her country for many years to come.”

Another Jamaican on the UT squad is Rushelle Burton who took third place in the 100-meter hurdles. Her time of 12.65 was the fastest time for a freshman in collegiate history. It was the third-best time overall in UT history.

Teahna Daniels set a personal record in the 100 meters to take third place. Her time of 11.06 is fourth best in school history. She improved on her time of 11.17 from earlier in the week.

Ariel Jones took fourth place in the 400 hurdles with a time of 56.52. Her performance earned five points for the team.

“Ariel did a phenomenal job coming from behind in her race. Those were huge team points for us,” Sategna said.

Gordon wasn’t done for Texas as she helped the Longhorns take fifth in the 1600-meter relay. Her split time of 49.41 was the second fastest in the 1600 in NCAA history.

Jones, Zola Golden and Serenity Douglas teamed up with Gordon to finish the race in 3:27.27.