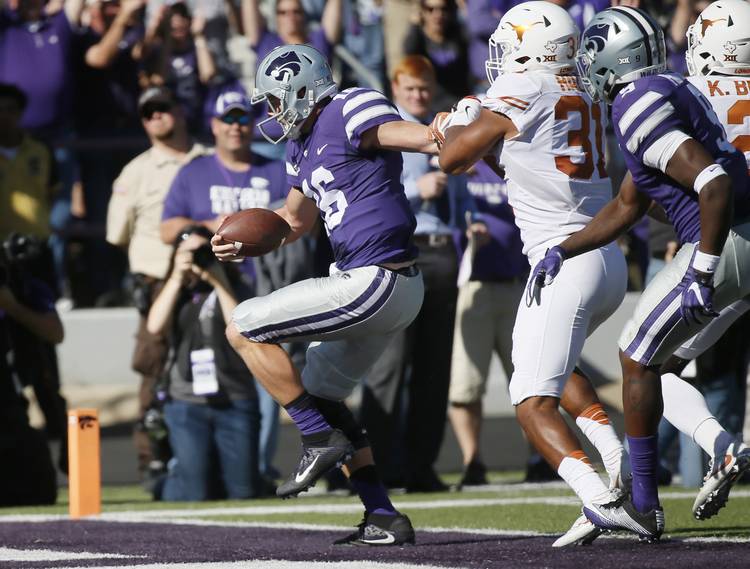 Today’s team: No. 21 Kansas State (Related coverage: Is Sean Snyder back in play as next coach?)

Best-case scenario: Bill Snyder’s offense, which leans heavily on the gritty running ability of its quarterback, thrives under Jesse Ertz. But a difference-making season would need sophomore tailback Alex Barnes to continue to excel and Byron Pringle to emerge as a star at receiver and returner.

Worst-case scenario: A repeat of 2015? That’s when K-State was so injury-riddled at quarterback they had to turn to a receiver, who was fourth string. Ertz suffered a season-ending knee injury after the first series of the 2015 season opener and  missed all of spring drills this year because of shoulder surgery.

The key game: Oct. 7, at Texas. The Wildcats will be in the midst of a Texas schedule swing; this road game is sandwiched between home contests against Baylor and TCU. Both the Longhorns and Kansas State are considered darkhorses for a Big 12 title. The Wildcats could catch UT looking ahead to Oklahoma.

Spring cleaning: Snyder was diagnosed with throat cancer and started undergoing treatment in January. He was back on the sidelines for spring practice. Snyder shook up his staff. He hired former star Collin Klein, a 2012 Heisman finalist, to coach quarterbacks and Jon Fabris, one of Snyder’s top assistants in 1997-98, to return to coach defensive ends.

Getting defensive: Kansas State would really like its defense to be at least as effective as it was a year ago. The Wildcats limited 11 of their 13 opponents to fewer points than they’d been averaging per game. The total average difference was 14.3 points.

Familiar faces: K-State’s 14 returning starters have a combined 179 starts. That’s the most for a Snyder-coached team since 1998. Consider that in 1998, the Wildcats won their first 11 games and rose to No. 2 in the country.

Consistent QB: Ertz has never been described as flashy. But he’s solid. He threw for 1,755 yards and rushed for 1,012 last season. Only three other quarterbacks achieved 1,000 yards  both rushing and throwing — Heisman winner Lamar Jackson of Louisville, South Florida’s Quinton Flowers and Mississippi State’s Nick Fitzgerald.

No. 20: Coming Tuesday. Want a hint? This school has produced two Heisman Trophy winners, both quarterbacks.