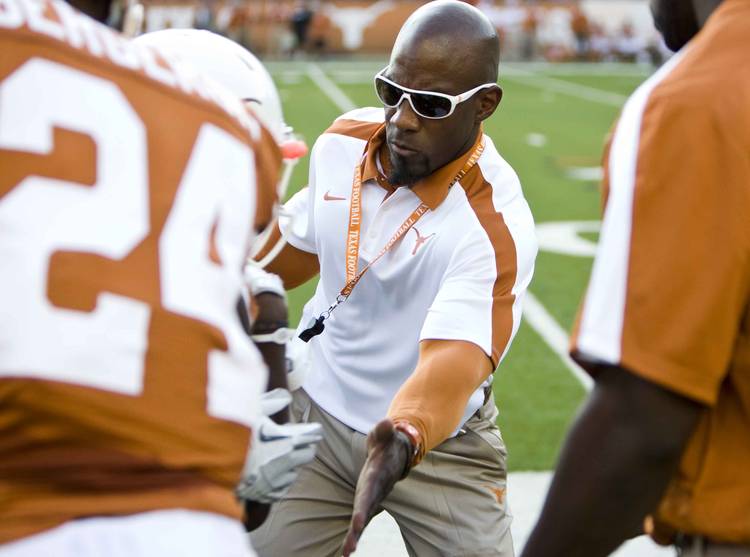 Oklahoma hired Bennie Wylie as its new director of sports performance. Wyie previously served as the strength coach for Texas from 2011-13.

Oklahoma announced earlier this week that Wylie, who served as the strength coach at Texas from 2011-13, will be the Sooners’ new director of sports performance. He had been working as a private trainer in Abilene after leaving Austin.

The move got the blessing of former Longhorns coach Mack Brown, who tweeted a supportive message to Wylie after the move became official.

Congrats @BwylieSTRONG. @OU_Football is very lucky to have you! Good luck. Thanks for all you did for us at Texas! https://t.co/WxMvNKUe5G

Wylie worked for Brown during his final three seasons at Texas. Prior to that Wylie led the strength programs for Tennessee (2010) and Texas Tech (2002-09). He also spent four years as an assistant strength and conditioning coach with the Dallas Cowboys (1999-02), where he worked with former Oklahoma strength coach Joe Juraszek.

Ahead of season’s first pitch, Texas appears in another preseason poll