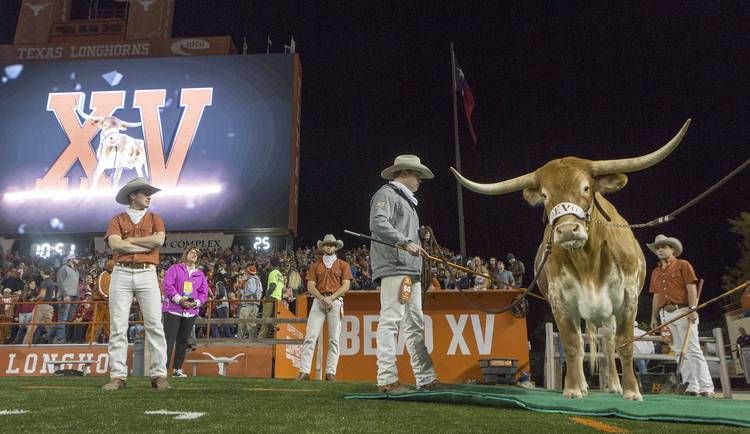 Baby Bevo isn’t so baby anymore. Everyone’s favorite steer turned three years old on Wednesday, and he has the horns to prove it.

His third year roaming the pastures — and second roaming the Texas sidelines — held plenty of adventure. Sure, he didn’t get to go to California (maybe next year?), but the steer formerly known as Sunrise Spur made plenty of gains in 2017.

RELATED: For 101 years, Bevo has stood tall as the adored face of Texas football

He also got to go to his first bowl game, continuing a string of more than 50 years of Bevo attending every Texas postseason game.

So here’s to year four of living the good life. And maybe a few extra treats out at the ranch. He’s earned it.

Also, as far as celebrity animal birthdays go, Jan. 24 is hard to top. Bevo XV shares his special day with Fiona the Hippo.

Kevin Durant has a message for his hometown