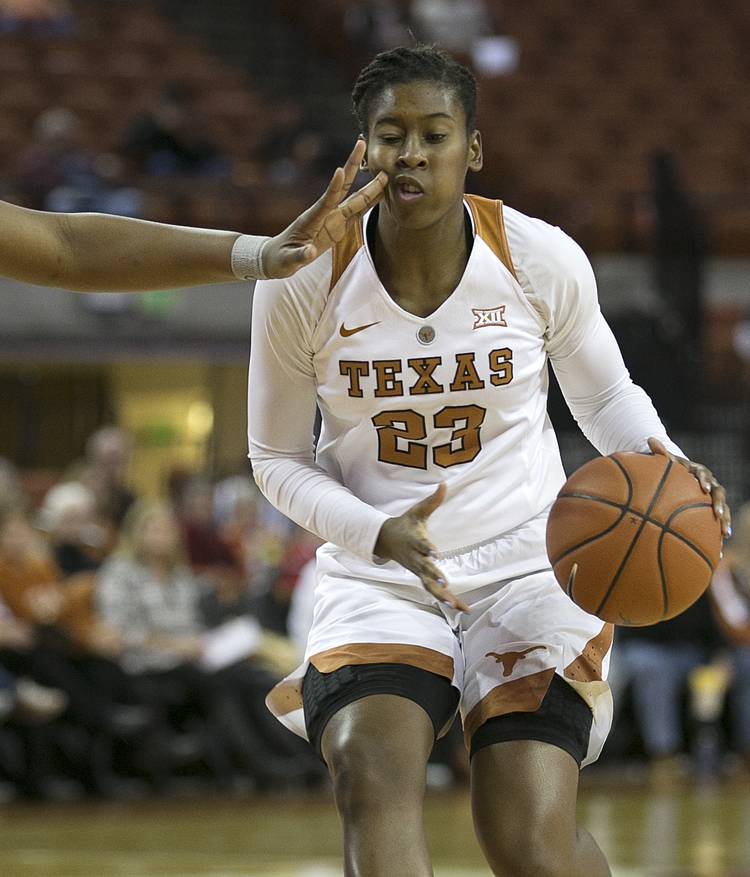 Texas's Ariel Atkins was part of strong defense that held Cyclones to 40 percent shooting in first half. DEBORAH CANNON / AMERICAN-STATESMAN

Iowa State’s bid for an upset over sixth-ranked Texas looked promising until the Cyclones couldn’t find the rim.

Ariel Atkins scored 15 points and the Longhorns went on a 25-1 scoring run in the second and third quarters in an 87-55 victory over Iowa State Saturday night at the Erwin Center.

Behind forward Bridget Carleton, who scored 39 points in last week’s victory over Oklahoma State, the Cyclones led 29-28 in the second quarter. Texas took control and would lead 53-30 midway through the third quarter.

Texas forward Joyner Holmes contributed 12 points and a team-high 11 rebounds — her first double-double of the season and ninth of her career. Lashann Higgs had 14 points while Audrey-Ann Caron-Goudreau and Jatarie White had 12 apiece.

Iowa State led for much of the first half, but an 11-1 Texas scoring to end the second quarter gave the Longhorns a 39-30 lead at halftime. Atkins scored 9 points and Texas shot 54 percent from the field in the half.

Texas returns to Big 12 action at 7 p.m Wednesday at Kansas. The game will be televised by ESPN 3.