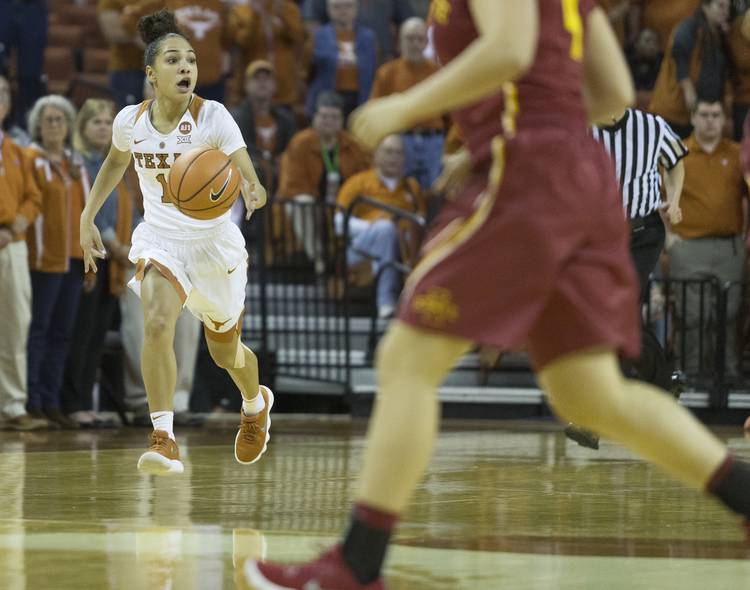 Texas senior Brooke McCarty is among 10 finalists for the 2018 Nancy Lieberman Award, which recognizes the top point guard in women’s NCAA Division I college basketball, it was announced Monday.

The award, now in its 19th year, is presented to one player nationally who exhibits the floor leadership, play-making and ball-handling skills of 1996 Naismith Memorial Basketball Hall of Fame inductee Nancy Lieberman.

McCarty, the 2017 Big 12 Conference Player of the Year, leads the Big 12 Conference (all games combined) in assist-to-turnover ratio at 2.6. She averages 4.8 assists per game, which ranks fourth in the Big 12. McCarty is averaging 13.1 points per game and is the team’s leader in free-throw percentage at .900 (36-for-40). She has made a squad-best 29 three-pointers on the year and is playing a team-high 31.2 minutes per game.

The winner of the 2018 Nancy Lieberman Point Guard Award will be announced during ESPN2’s telecast of the national semifinal games in the 2018 NCAA Women’s Final Four in Columbus, Ohio on Friday, March 30.