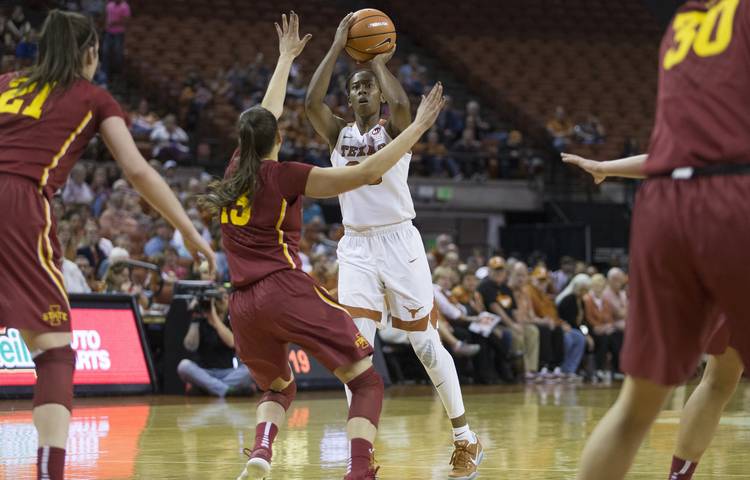 A lopsided loss to Baylor and a blowout victory over Iowa State kept Texas in the top 10 of the Associated Press weekly women’s basketball poll.

The Longhorns slipped from No. 6 to No. 8 in the Top 25 poll released Monday.

UConn (20-0) remained No. 1 in the poll by receiving all 32 first-place votes. Mississippi State, the nation’s only other unbeaten team (22-0), remains second. Baylor, which routed Texas 81-56 and beat West Virginia 83-72, stays at No. 3 while Louisville and Notre Dame round out the top five.

In other news, Texas was chosen as a No. 3 seed in the Albany regional for the NCAA Tournament by ESPN bracketology expert Charlie Creme this week. Baylor is a No. 2 seed in the Kansas City regional.

Texas returns to the court at Kansas on Wednesday night. The Horns return to the Erwin Center to play No. 22 TCU at noon Saturday.

Here is how AP voter and American-Statesman reporter Rick Cantu cast his ballot.