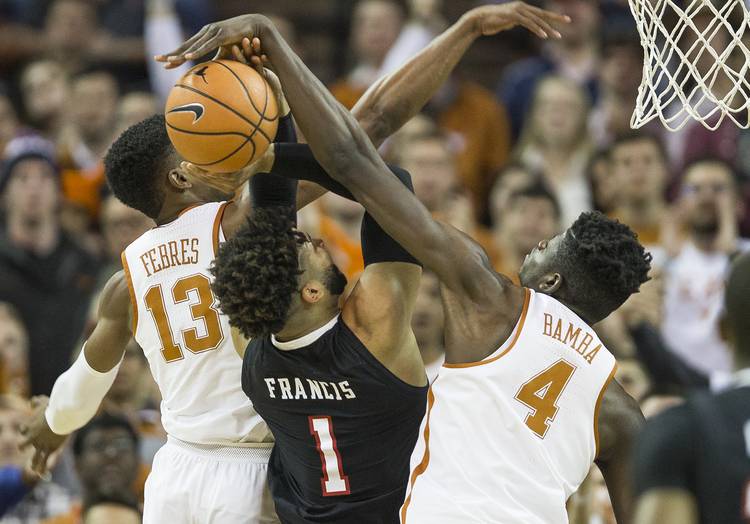 With his seven blocks last night at Texas Tech, Mohamed Bamba broke the record for blocks in a season by a Texas player and also surpassed the mark for Big 12 freshmen.

He’s not done yet. Not even close. The calendar flipped to February after Bamba broke former Longhorn Chris Owens’s record of 92 blocked shots, set in 2000-01. Mihm blocked 90 shots for the Longhorns during his freshman season of 1997-98.

RELATED: Golden: Now that the college game has ‘slowed down’ for him, enjoy Mo Bamba while you can

Bamba is blocking shots at a rate not seen in the Big 12 since Jeff Withey graduated from Kansas. Just take a look at these numbers:

Currently, Bamba ranks first in all of Division I in total blocks and blocks per game. He’s on pace to challenge the following records, in addition to the ones he has already broken.

The record for most blocked shots by a freshman in NCAA history belongs to Anthony Davis, who swatted 186 attempts for Kentucky on the way to the 2012 national championship. Bamba likely won’t be getting anywhere near that record, but his freshman season will still register as one of the all-time great campaigns for a rookie rim protector.

Who threw the tighter spiral, Aaron Rodgers or Jordan Spieth?