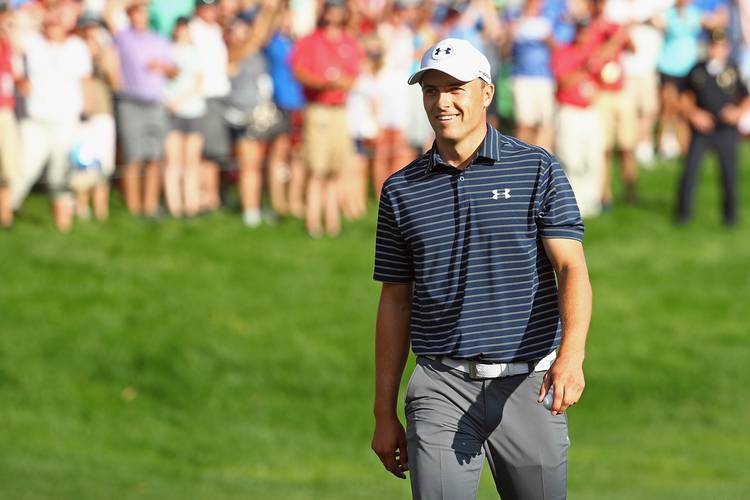 Jordan Spieth comes from an athletic family. Did you know his brother Steven played college basketball and spent last summer in the NBA Summer League?

So it should come as no surprise that the Spieths know how to toss a pigskin, and Jordan got to show off his arm Wednesday with Green Bay Packers quarterback Aaron Rodgers.

RELATED: 24 ways to celebrate Jordan Spieth’s birthday like a pro

The two were paired together at the Waste Management Phoenix Open Pro-Am, which of course meant that at some point Rodgers ended up with a football in his hands. Naturally, Spieth went long.

He made the catch, then threw in a little surprise by delivering a perfect strike back to Rodgers — southpaw-style. That’s right, Spieth is a lefty. Check out the clip below.

By the numbers: Mo Bamba is throwing a record-breaking Texas block party