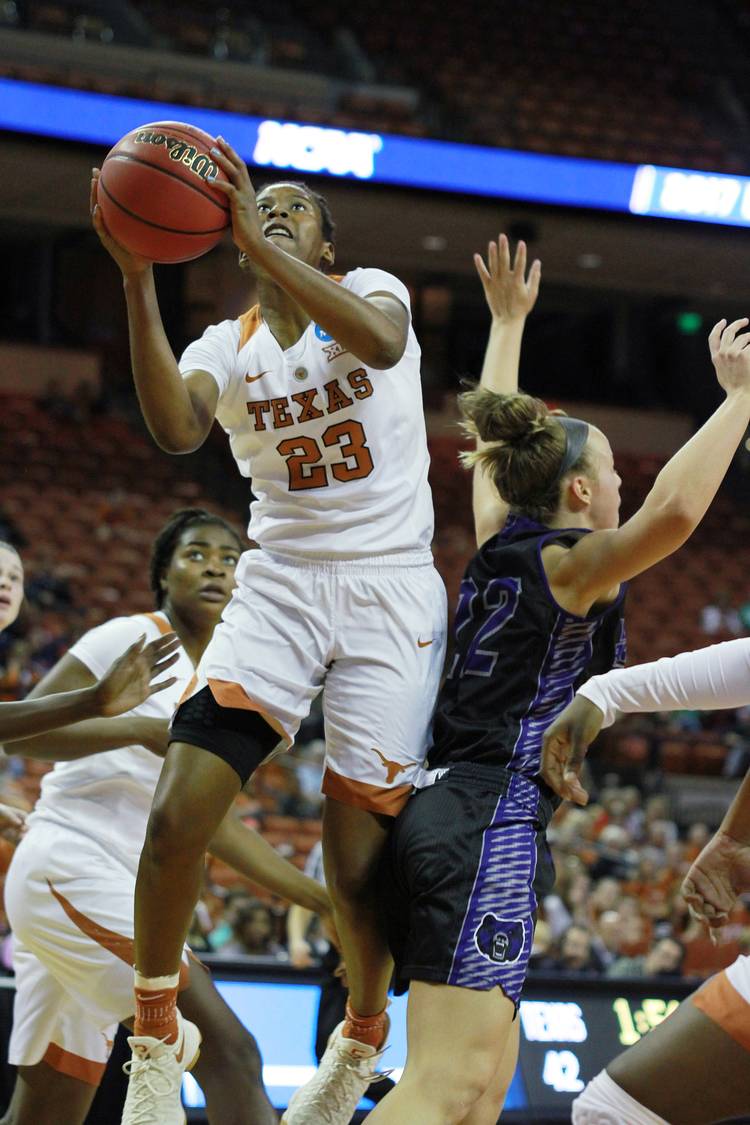 Chosen by a poll of national college basketball experts based on their performances during the first half of the 2017-18 season, the list comprises of 20 student-athletes who are currently the front-runners for the sport’s most prestigious honor and the John R. Wooden Award All America Team.

Atkins leads the Longhorns in scoring, rebounding and steals, averaging 14.9 points per game, 5.9 rebounds per game and has swiped a team-high 63 steals. She has started and played in all 22 games this season for Texas.

Charges against former Longhorn D’Onta Foreman to be dropped