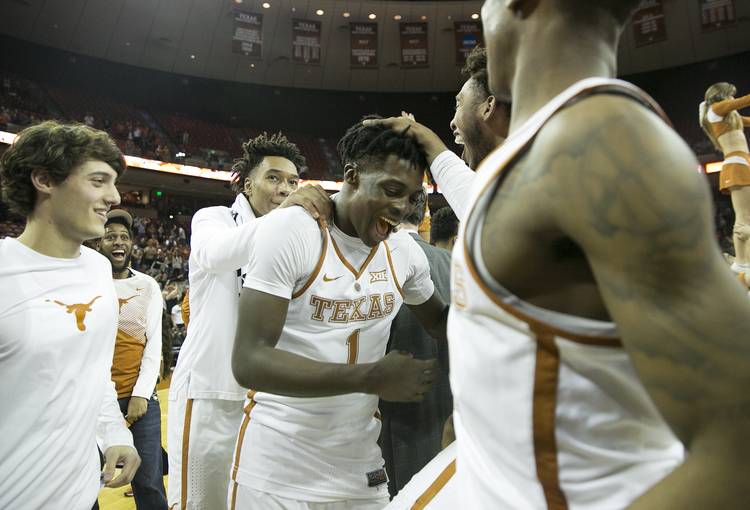 The Texas sophomore guard, who is battling leukemia at M.D. Anderson Cancer Center in Houston, posted a video of himself shooting hoops for the first time since his diagnosis. He hasn’t lost his touch.

Got some shots up today 😅

Despite a 67-64 loss to Kansas State later Wednesday evening, the Longhorns were inspired by seeing their teammate back in action.

“It’s good to see him moving around,” Texas coach Shaka Smart said after the game. “You love seeing a guy with a twinkle in his eye and just a spirit about him.”

Shaka on @DrewdotCash's recent Twitter posts: "It’s good to see him moving around. You love seeing a guy with a twinkle in his eye and just a spirit about him."

Jones tweeted last Saturday for the first time in weeks, adding some extra buzz to the already hyped College GameDay matchup between Texas and Oklahoma. At halftime of the Longhorns’ 79-74 victory over the No. 12-ranked Sooners, former UT football coach Mack Brown used part of his Hall of Fame recognition speech to shout out Jones.

Brown also revealed a T-shirt, which was also being worn by many in attendance. It contained Jones’ catchphrase, which has become a rallying cry for his recovery.