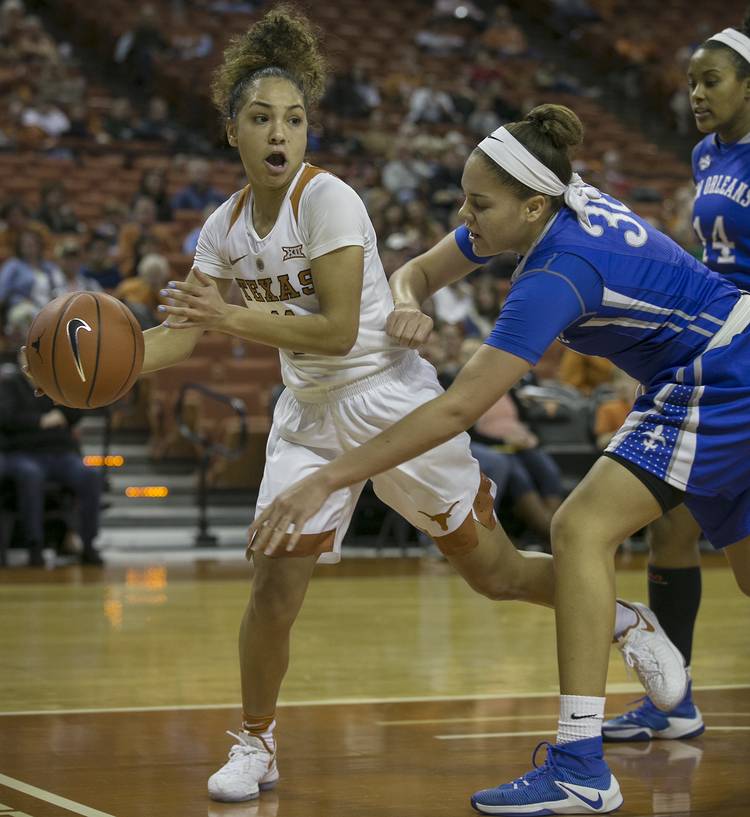 Brooke McCarty scored 17 points and Joyner Holmes came off the bench to score 11 as No. 8 Texas downed Kansas State 76-54 Saturday night at the Erwin Center.

It was UT’s fifth straight victory.

McCarty was struggling, going 3 or 9 from the field before she broke free midway through the third quarter. The Longhorn senior scored 10 points in a 1-minute, 49-second span.

After a sluggish first quarter, Texas earned a 39-30 lead at halftime. Sug Sutton closed both the first and second quarters with three-point bombs at the buzzer.

On a negative note, senior forward Audrey-Ann Caron Goudreau suffered a left wrist injury midway through the second quarter and did not return. She will be re-evaluated again on Sunday.

With the victory, Texas has won 20 games in four straight years and in 35 of the program’s 44 seasons.