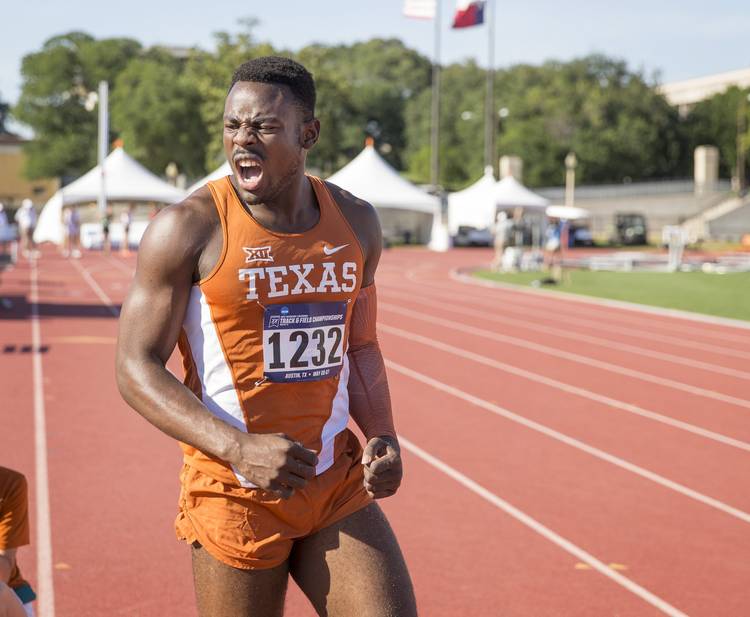 Piperi posted a mark of 64 feet, 5 1/4 inches to win the event. He beat second place by almost three feet. He’s yet to lose against collegiate competition so far this season.

“Tripp was really close to hitting a big throw today,” associate head coach Ty Sevin said. “He just missed connecting on it but he still put together a great series of throws. I’m more than pleased with how he’s performing heading into the conference championship.”

In the women’s triple jump, Georgia Wahl had the day’s next-best finish as she took second place. She posted a mark of 40-6. On the men’s side, O’Brien Wasome finished in fifth with a mark of 52-4 1/2. He had the second-best mark of a collegiate athlete in the competition.

Ashtin Zamzow hit a personal best in the women’s high jump, clearing a height of 5-7 for third place.

Kally Long competed with some of the nation’s best pole vaulters in the invitational event. She cleared a height of 13-7 1/4 for a tie for seventh place.

The Longhorns competed in just a couple of running events with Micaiah Harris posting the best finish. He ran the 200-meter invitational in 20.90 for fifth place.