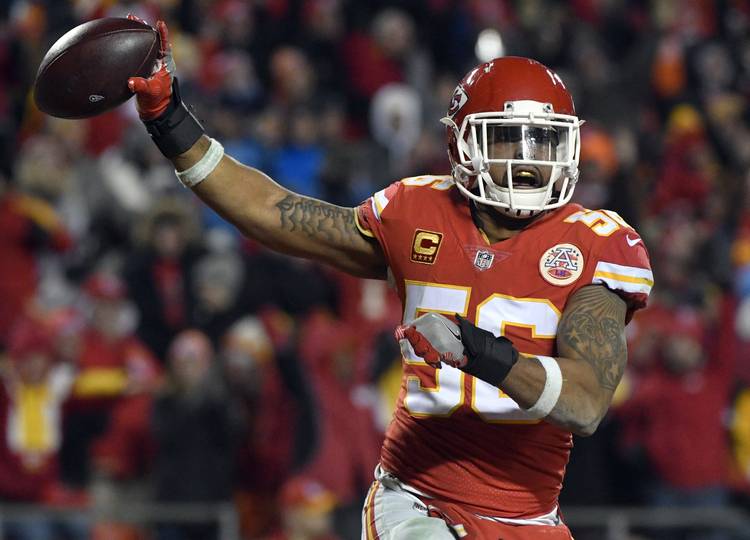 Derrick Johnson will likely endear himself to a third football fanbase in the near future, after the Kansas City Chiefs announced Tuesday the 13-year linebacker will become a free agent.

Johnson has played his entire career with the Chiefs, becoming the all-time leading tackler for the franchise and a fan favorite. Prior to that, he entered similar standing as a mainstay for Texas from 2001-04.

I'll have more on this as the day goes on, but DJ was classy to the end: "The Chiefs, they wanted to go younger across the board — that’s what (general manager Brett) Veach was talking about. I wasn’t in their plans, and I understood that." https://t.co/A5vWiGIp4n

Johnson still has at least two years left in him, he told the Kansas City Star. And he has one goal in mind: to play in, and win, a Super Bowl — something he was not able to accomplish in Kansas City.

RELATED: Golden: If this is Derrick Johnson’s last chance at a Super Bowl, it’s also his best chance

“When I hit the free-agency market, my decision will be based on who can be a contender and who has a need for me to play,” he told Kansas City star reporter Terez Paylor. “I don’t want to just go on a team; I want to be a part of a team to help them win a championship.”

Johnson showed in 2017 that he still has plenty left to give. He made 71 tackles and deflected seven passes while coming off a torn Achilles suffered the previous December. At 35 years old, he landed No. 4 on Hookem.com’s list of the top Longhorns in the NFL.

He also wrote another chapter in his legendary story with the Chiefs, helping the team to a 10-6 overall record and first place in the AFC West. They lost in heartbreaking fashion to Tennessee in the wild-card round.

The Kansas City Star treated his exit with a tribute podcast and a breakdown of some of his greatest hits.

“I’m a Chief at heart,” he said. “My kids are Chiefs fans, and I’m sure whatever team I’m on (next), my kids are gonna have two teams, I’ll tell you that.”

Many Texas fans will have a new rooting interest, too.