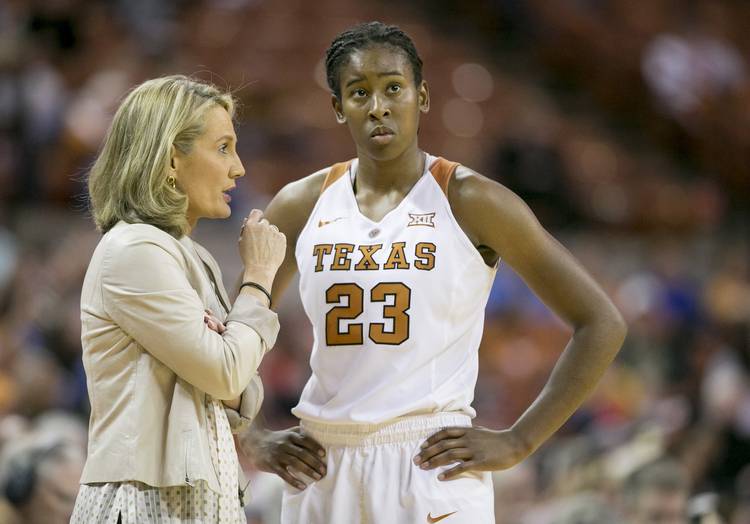 AMES, Iowa (AP) — After ceding the Big 12 title to Baylor, No. 6 Texas went back to doing what got the school into the race in the first place.

Ariel Atkins scored 20 points, Lashann Higgs had 14 and the Longhorns held off Iowa State 72-59 on Saturday for their eighth win in nine games.

Brooke McCarty had 13 points and 11 rebounds for Texas (23-5, 14-3), which bounced back nicely from a loss to No. 3 Baylor that clinched the league title for the Lady Bears.

The Longhorns outrebounded the Cyclones 44-35 and shared the ball like they have for most of the season. Texas entered the game fifth in the nation in rebounding margin and with four starters averaging at least 10 points a game.

“I just thought that (Atkins and McCarty)…just made more plays today. Played with a lot of mental toughness, because we had trouble really getting anything going on the inside,” Texas coach Karen Aston said.

Bridget Carleton had 23 points for Iowa State in its home finale, but she took 24 shots. The Cyclones also shot just 4 of 22 on 3s.

“I thought our guards were really good defensively and made it tough on their guards all night long,” Aston said.

The Longhorns are on pace to be a No. 2 seed in the NCAA Tournament, and it’s tough to see that changing even if they beat Baylor in the upcoming league tournament.

“I think it was a good game to bounce off of and just get us rolling into next week,” McCarty said.

It never felt as though Iowa State had a game-changing run in it. But the Cyclones were within seven and the crowd was buzzing when McCarty calmly pulled up on the right wing in transition and drilled the 3 that effectively ended the drama. It was McCarty’s only bucket of the second half.

“I’m always very, very pleased when we come to Ames and get the win just because it’s such a tough place to play,” Aston said.

Texas had 27 rebounds in the first half, compared to just 12 for Iowa State. That helped the Longhorns build a 12-point lead in a game they ended up winning by 13.

Texas closes out the regular season at home against Oklahoma on Tuesday.

Texas to light tower in honor of Big 12 swimming dominance