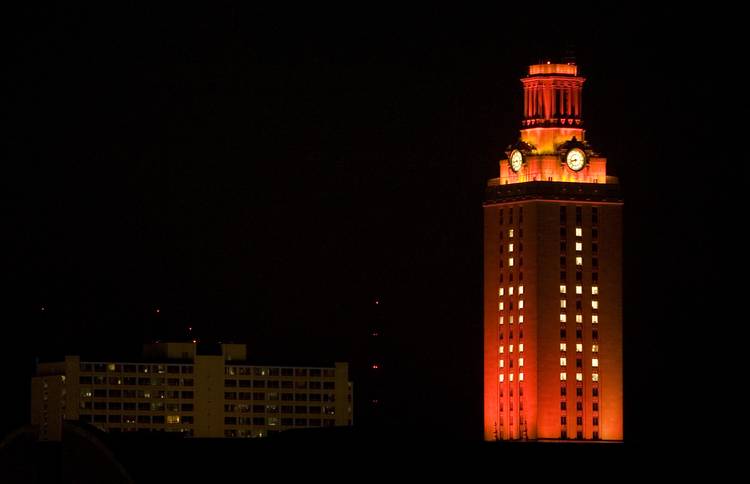 That orange glow in the Austin sky tonight? It’s for the Texas swimming and diving teams.

The school announced Saturday afternoon that it will light the UT Tower in honor of both the men’s and women’s teams claiming Big 12 championships in their home pool.

Texas will light the tower tonight to celebrate the swimming and diving teams' conference championships. #HookEm

Longhorns swim coach Eddie Reese has a streak that should make Kansas basketball coach Bill Self jealous. With a victory Saturday, the Texas men will have secured 39 straight conference championships. The women will have claimed six straight titles.