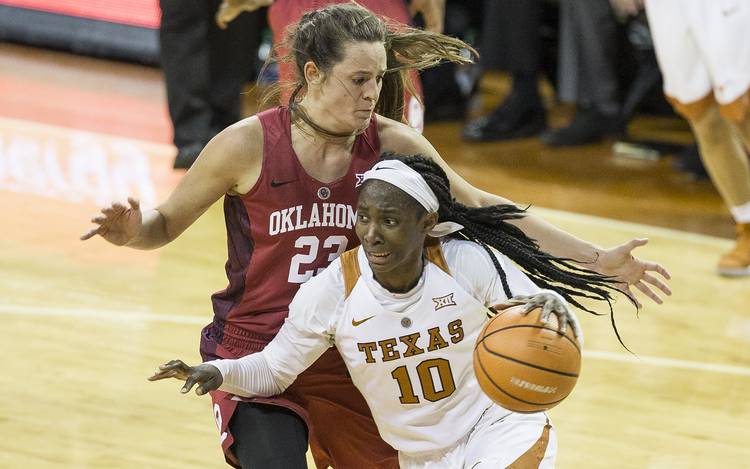 Before the game they were accompanied by their families for a mid-court celebration.

It was a back-and-forth game early until Texas used a 10-1 scoring spurt to end the first half. Atkins had 10 points to help the Longhorns to a 40-31 lead at the break.

Junior Jordan Hosey made her second start of the season, replacing Joyner Holmes in the lineup. Hosey contributed 8 points points, 2 rebounds and 3 assists in 15 minutes.

Texas won the first game of the Big 12 season on Dec. 28 with an 88-78 victory over Oklahoma in Norman. The Longhorns improved their career record to 31-25 over OU.

The Longhorns (24-5, 15-3) now head to post-season tournament. They open the Big 12 Tournament on Saturday night in Oklahoma City against the winner of Friday’s matchup between the Nos. 7 and 10 seeds.

All games will be played at Chesapeake Arena, home of the Oklahoma City Thunder.