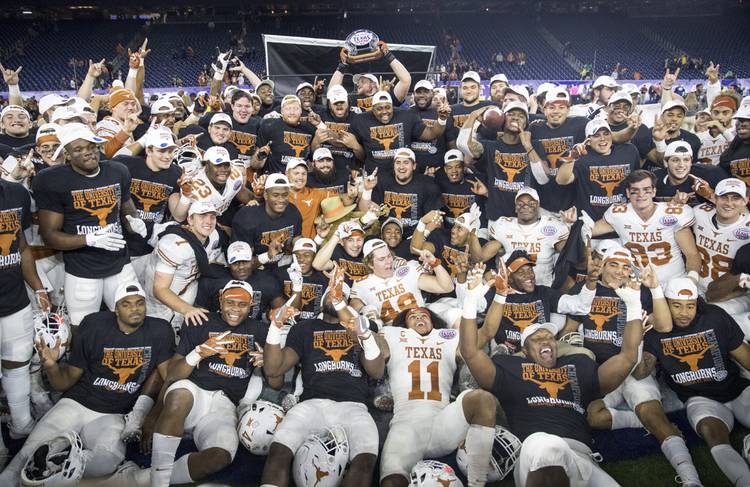 While the fight over student-athlete compensation wages on, it is undeniable that being a football player at a school like Texas comes with its perks.

For Texas freshman Max Cummins, one such luxury is being able to avoid the thing most first-year college students dread most of all — living with a roommate.

The Longhorns football Twitter account released a video earlier this week with Cummins giving an “MTV Cribs”-style tour of his dorm room. It’s quite the place.

It’s got all of the things you might expect from a 19-year-old and some you might not. There are posters and wall hangings all the way around, including — among others — Kurt Cobain, Bob Marley and Pittsburgh Steelers legend Jack Lambert.

He’s got a 65-inch TV, a deerskin hanging from the wall and six perfectly aligned gold chains on his dresser. When the lights go out, Christmas lights and a lava lamp help him find his way.

On second thought, maybe Cummins having his own dorm room provides the greatest benefit to whoever would have had to fight him for space.

No Big Surprise: Baylor, Texas are 1-2 seeds for Big 12 Tournament