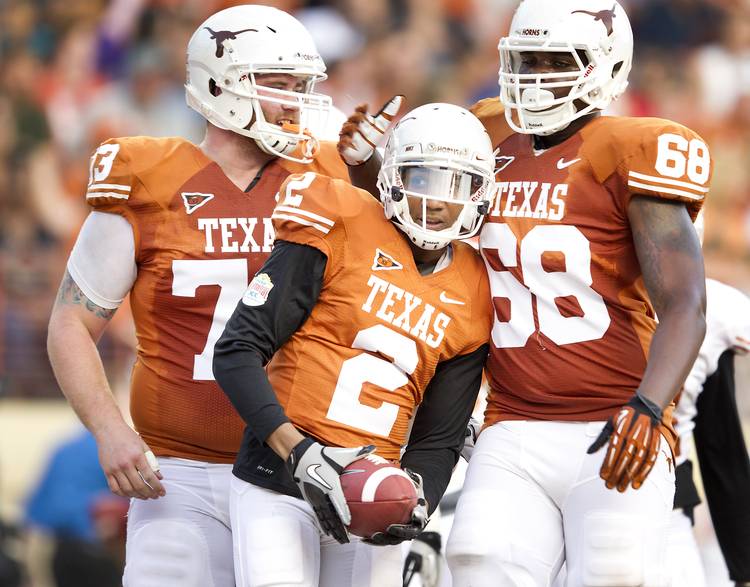 Nearly four years after his departure from Texas, it appears offensive lineman Desmond Harrison may get a shot at the NFL.

Harrison, who played last season for Division II West Georgia, grabbed the attention of scouts and media Friday morning when he ran the fastest 40-yard dash time by an offensive lineman at the 2018 NFL Combine.

In addition to his fastest unofficial time of 4.75 seconds, Harrison also clocked a 4.90 earlier in the day.

If the name isn’t ringing a bell, that’s because it has been a long time since Harrison was on the minds of Texas fans. The 6-foot-6, 288-pound junior college transfer from Contra Costa College (Calif.) was suspended the entire 2014 season and became one of 10 players not retained at the end of coach Charlie Stong’s first season.

Harrison started nine games for West Georgia in 2017, his first action since the 2013 season at Texas. He is originally from Houston (Oak Ridge High School).

Soon, he could be on everyone’s radar again. The 40-yard dash time wasn’t the only thing that caught people’s attention on Friday. Harrison also impressed in a number of other drills.

Desmond Harrison followed up that 4.90 with a 4.75. That's blistering for an offensive lineman. His off-the-field issues are well documented but the clock don't lie. #horns #hookem

Preview: Texas vs. No. 20 West Virginia