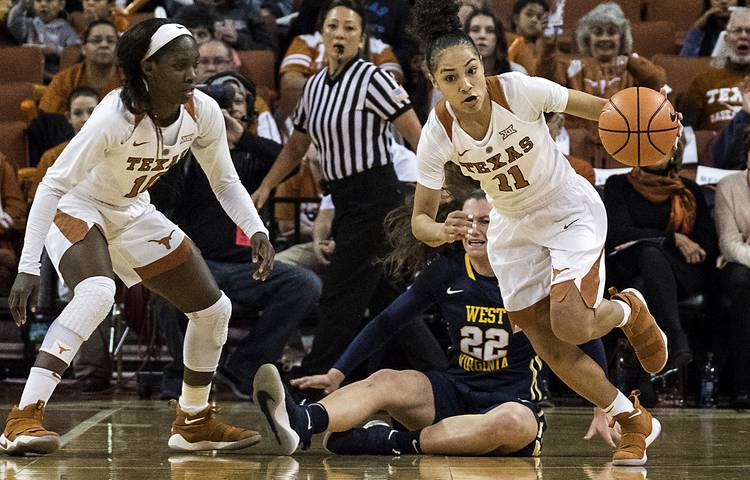 That was the message from the Texas Longhorns after they defeated West Virginia 68-55 in a Big 12 semifinal game Sunday night at Chesapeake Arena.

This marked the third time Texas has beaten the Mountaineers this year. The Longhorns have won 11 of their last 12 games.

A pair of three-point baskets by Sug Sutton in the final minute of the first quarter gave Texas a 24-12 after one quarter. Sutton and Ariel Atkins score 10 points apiece in the first half to extend UT’s lead to 42-28 at the break. Texas would lead by as many as 20 points in the fourth quarter.

Baylor punched its ticket to the finals with a 94-48 victory over TCU in Saturday’s first semifinal. Kalani Brown scored 28 points, Lauren Cox had 19 and both secured 11 rebounds. Freshman guard Alexis Morris, who replaced injured senior Kristy Wallace in the starting lineup, had a season-high 18 points to go along with 6 rebounds and 6 assists.

The championship will be televised on Fox Sports 1.