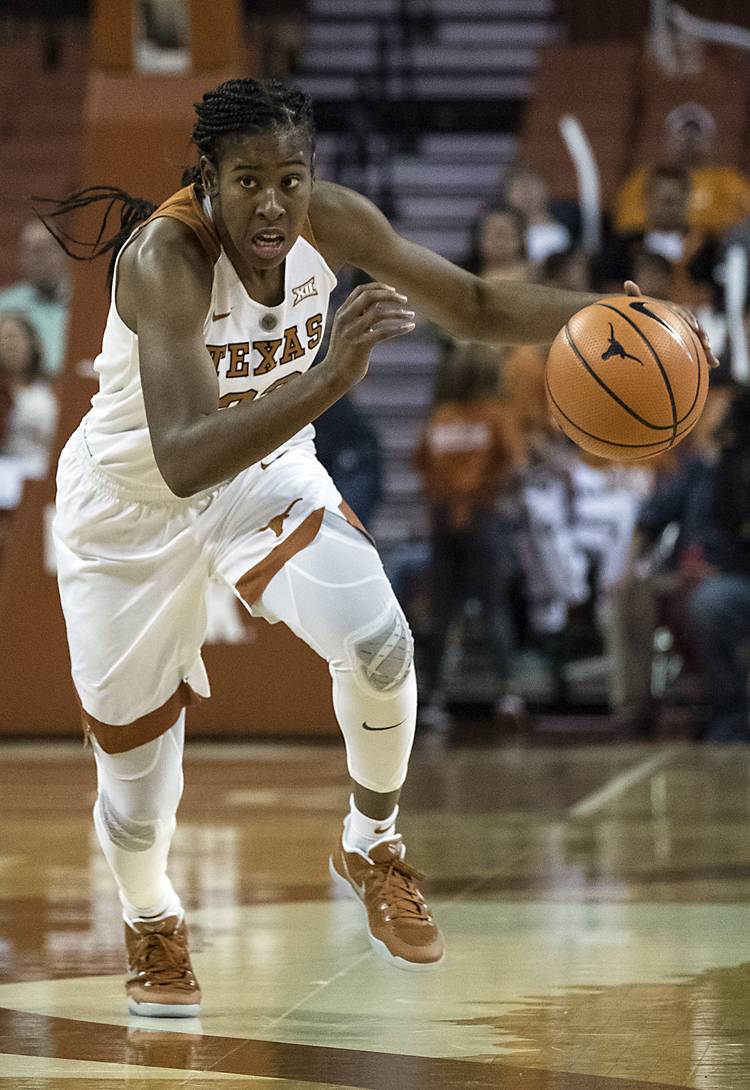 Texas Ariel Atkins, (23) had 16 points for the Longhorns. (AUSTIN AMERICAN-STATESMAN / For Rodolfo Gonzalez)

The first step of the Texas basketball team’s journey through the NCAA women’s basketball tournament is complete.

As expected, No. 2 seed Texas had little trouble against No. 15 Maine, rolling to an 83-54 victory Saturday night at the Erwin Center. Ariel Atkins drilled a three-pointer 18 seconds into the game and the Longhorns would never trail.

That sets up a second-round game against Arizona State, which beat Nebraska 73-62 in the first game Saturday. Tipoff for Texas-Arizona State is 8 p.m. Monday.

The winner advances to the Sweet 16 Friday and Sunday in Kansas City. The Final Four will be March 30 and April 1 in Columbus, Ohio.

Texas took a game-by-committee approach in the lopsided victory.

Jatarie White made her presence felt in the paint, finishing with a tea-high 17 points. Ariel Atkins had 16, Lashann Higgs 15 and Brooke McCarty matched her 7 points with a team-best 7 rebounds.

Bigger, stronger and faster, Texas owned the paint, earning a 43-12 rebounding advantage. It was the 29th time in 33 games the Longhorns have won the battle of the boards.

Maine’s best chance for winning abandoned the Black Bears because they failed to hit from the perimeter. They were 1-for-13 behind the three-point line before they hit two straight early in the fourth quarter