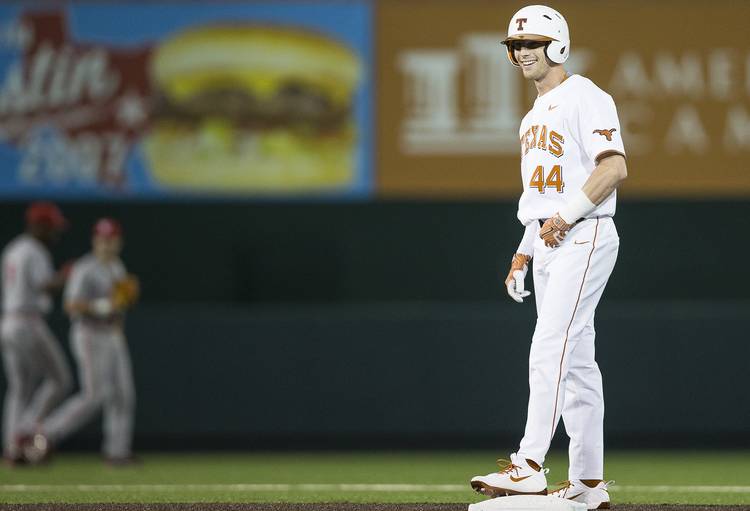 Coming off a sweep of Kansas over the weekend, the Texas Longhorns won their third game of the season against a ranked team, beating No. 25 Sam Houston State 3-2 at UFCU Disch-Falk Field. This is Texas’ second four-game winning streak of the season.

The Longhorns trailed by 1-0 in the top of the third when starting pitcher Nico O’Donnell walked home a run. O’Donnell, a freshman, pitched three innings, allowing an unearned run, striking out five and walking four.

Texas tied the game in the fourth thanks to back-to-back doubles by sophomore outfielder Austin Todd and sophomore infielder Ryan Reynolds. After a strikeout and a force out, junior infielder singled up the middle to give the Horns a 2-1 lead. Texas added another run in the fifth.

Texas’ bullpen held the Bearkats to one run over the final six innings to maintain the lead and give Texas the win.