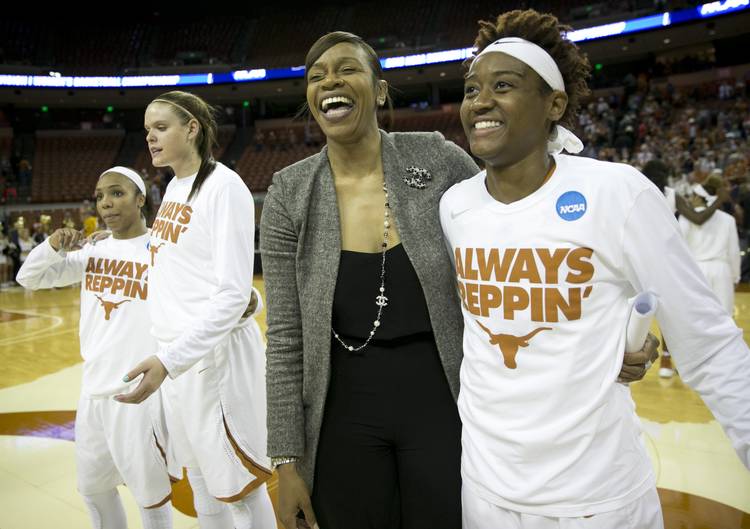 Tina Thompson was honored for her stellar college, professional and Olympic career when she was named to the 2018 Class of the Naismith Memorial Basketball Hall of Fame on Saturday.

The enshrinement ceremony for the 2018 Naismith Memorial Basketball Hall of Fame will take place on Friday, September 7 at 6:30 p.m. at the Springfield Symphony Hall in Springfield, Mass

“I’m so overwhelmed by the honor,” Thompson said Saturday. “I’m still trying to wrap my head around the news. To think I played the game of basketball simply because I loved it. It suited me and became one of those things you just knew you were meant to do. All the while not knowing it would become the center of my life and lead me to the unimaginable.

“I played simply because I loved it. I worked extremely hard at it because I wanted to be the best I could be, as I do with most things in my life. Simply put, I wanted to win and, in order to do that, I had to be pretty good. It has now taken me to the end of the road – the highest point. My work ethic and my love for basketball has now afforded me the pleasure, the privilege, and the blessing to be housed amongst the greats of our game, all of whom I truly admire. It is totally unbelievable. This one is going to take me a while to absorb.”

Throughout her 17-year professional playing career, Thompson was a four-time WNBA champion with the Houston Comets (1997, 1998, 1999, 2000), a member of the WNBA All-Decade team, an eight-time All-WNBA team selection, a nine-time WNBA All-Star, and the WNBA All-Star MVP in 2000.

Thompson ended her professional career with the Seattle Storm in 2013 as the league’s all-time leading scorer with 7,488 points in 496 games played (15.1 ppg). She still remains the league’s second-leading all-time scorer behind Diana Taurasi (7,867 points).

On the international level, Thompson has won two Olympic gold medals as a member of Team USA in 2004 (Athens) and 2008 (Beijing).

Others who will be inducted are Maurice Cheeks, Dina Radja, Charlie Scott, Rod Thorn, Ora Mae Washington and Rick Welts.