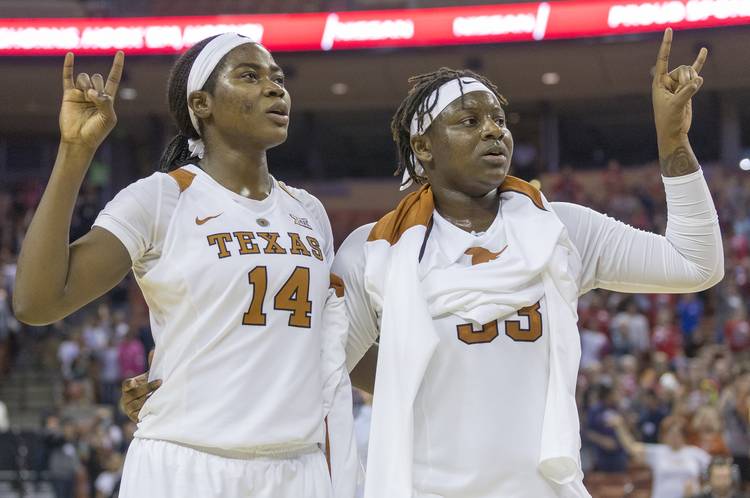 Rellah Boothe (with Olamide Aborowa) averaged 5.1 points per game as a freshman. (Stephen Spillman / for AMERICAN-STATESMAN)

Rellah Boothe, the popular Texas basketball player whose freshman season was mired by two team suspensions, has transferred from the university.

The 6-3 Boothe will play next season at Northwest Florida State in Niceville, Fla., officials from Texas and the Florida college confirmed Sunday.

Texas coaches and administrators declined to comment on Boothe’s departure.

Boothe was left of UT’s postseason roster due to personal reasons, head coach Karen Aston said in early March. She averaged 5.1 points and 3.6 rebounds in 19 games.

This marked the second time she was suspended from the team. She missed seven Big 12 games between Jan. 10 and Feb. 3 with similar issues.